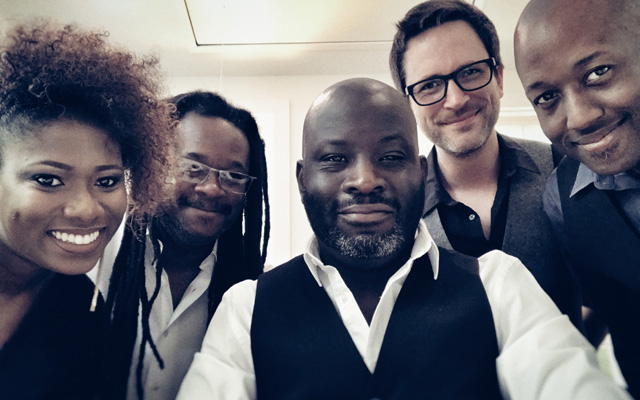 This eponymously titled album by Ranky Tanky a group most appropriately named for its ‘wa de funk’ polyrhythmic music may be one of the most serious attempts to popularise Gullah culture wherever in the world traditional African-American music is enjoyed. On an album of traditional songs modernised in a manner that melds gospel, raw and visceral blues going back to the call-and-response chants and shouts into a viscous Gullah-flavoured mix of ‘funk’ and fervour rarely heard in music where each actor in the industry tends to want to separate the elements so as to find a commercial edge.

But the mission of Ranky Tanky is clearly to maintain an edge by sticking to an exclusive diet of Gullah plainsong, modernised only by the use of an electrified instrument: the guitar. And even here Clay Ross, the only ‘adopted Gullah’ – as he refers to himself – has managed to find a mellow, almost deep tone to mimic a kind of delving into the soul to offset 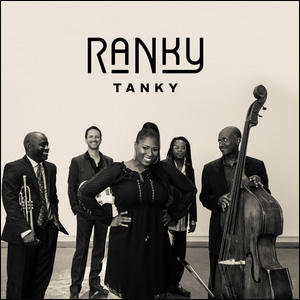 the high and lonesome wail of Charlton Singleton’s trumpet. At the opposite end of the frequency spectrum is the rumbling gravitas of Kevin Hamilton’s contrabass and Quentin E. Baxter’s drums. And acting as the glue that holds it all together is the velvet seduction of mezzo-soprano Quiana Parler.

The music is subtly varied, with rhythmic propulsion racing ahead or dallying behind the drum and bass groove. There’s an emphasis on clarity and musical ideas unfold in slow, steady steps where the solitary voice seeming to float in a rarefied realm, is often egged on by a simple fluttering guitar or trumpet figure. Momentum – fast and slow – is provided by the bass and drums. Listened to together there is nothing more profound and beautiful than songs such as “Been in the Storm” or “Go to Sleep”. But then there is much more – especially in the groupings of voices and by the mixing of contrapuntal and homophonic writing as in “You Better Mind” and – to a certain extent “Sink Em Low” too.

The only thing missing is a booklet with lyrics, which would have made this exquisite album more complete, although even as it is the music soars in a most memorable fashion.