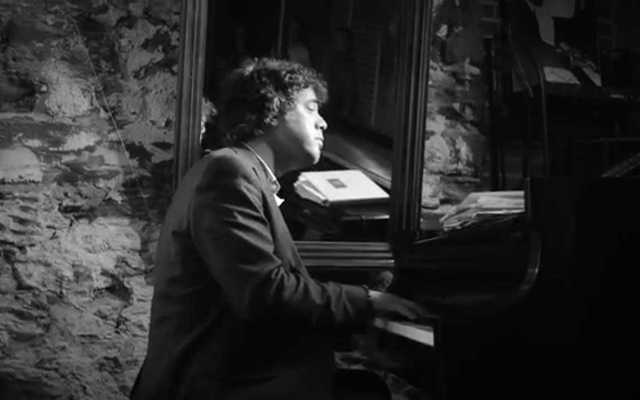 It’s hard to imagine that Spike Wilner would not have realised the rather risqué connotation of titling his recording Odalisque. Why, after all, would the pianist want to be seen as an aesthete? He is far from being a throwback to Gilbert and Sullivan’s character Bunthorne from Patience or a hippie in later versions of the opera. Listening to the music of Spike Wilner, it is eminently clear that the pianist is anything but… if anything Mr Wilner seems to have a progressive sense of history and this informs his almost reverential musicianship with depth of knowledge as well as the determination not just to talk the talk, but walk the walk with the manner in which he runs (other aspects of) his music business; Smalls for instance.

So: Why Odalisque? It’s in the music, of course; not simply what’s played but also how it’s played and in this regard Spike Wilner has never been one to shy away from an almost unscripted – almost naked – honesty. He ‘gets it’ from the discovery of his grandmother’s work, which included paintings of the (odalisques) Turkish chambermaids a detail of which adorns the cover of the CD. Odalisques were not what they seemed. Often dressed in androgynous clothing they lived a sort of monastic life until their sexuality was discovered and proffered to the Sultans in Turkey who owned them at which point (one can only assume) that their femininity was beautifully awakened.

You know, of course, that the music of Odalisque, just like much of Mr Wilner’s recent music, is going to be about awakening right from the opening bars of its appropriately hypnotic song “The Upasaka” a reference to Buddhist – even Zen Buddhist – meditation by naming the song after the initiate/acolyte/monk. Plunging ever deeper into (his) consciousness, Spike Wilner begins to meditate on 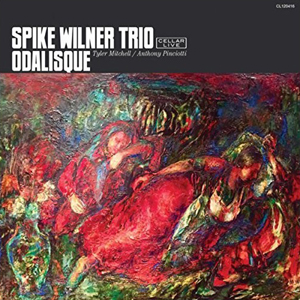 the Odalik/”the grace of an Odalisque on a divan” (both a reference to the Gilbert and Sullivan opera, Patience as well as his grandmother, Marie Wilner’s canvas) which plumbs the depths of beauty – the benefits and the punishment for which is described in scrambled harmonies and angular rhythms.

The music of Spike Wilner is never just about idealised, Romantic beauty, although this figures in much of his intricate melodicism. It is about examining the emotions that go with it. Listening to “Hopscotch” provides (perhaps) another clue, which takes us to Rayuela (Hopscotch), a novel by the Argentinean Julio Cortázar. Like the breathtaking often maddening narrative in which the reader is encouraged to “write the course of the story”, in Mr Wilner’s song of the same name we are invited to allow the rhythms – pummeled by the magical melody – to knock about in the inside of our respective heads; challenged to determine the song’s outcome only to have Mr Wilner overturn it all with bassist Tyler Mitchell and drummer Anthony Pinciotti in tow.

Make a second pass through the album after listening to these songs first and now you’ll probably have the kind of perspective that you are really meant to have on the music of Spike Wilner – of its’ tenderness as in “Little Girl Blue”, its racy elegance as in “Sweet Georgia Brown”, its mesmeric harmonic and rhythmic choices as on “You” and “A Stitch In Time Save Five” and its unabashedly Roman airs as in “You’re My Everything” or the sardonicism of “It’s the Talk Of The Town”… a frightening Jaki Byard-like genius for telling Jazz history as he plays will also emerge. Be not afraid, however; it’s just all a day’s work in the extraordinary pianistic life of Spike Wilner.