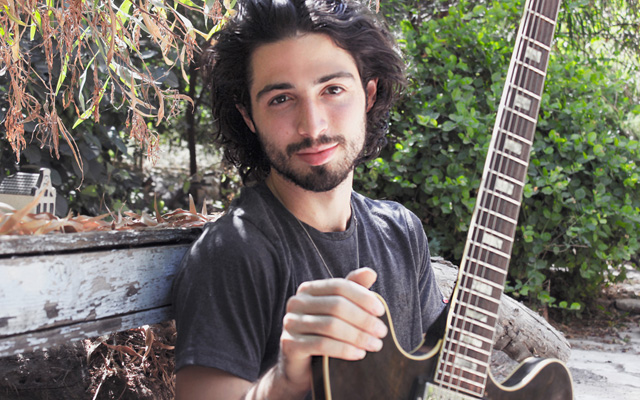 It should come as no surprise that of the most urgent please for peace should come from the Middle East – Israel, to be precise. Nor that far and away, some of the most viscerally exciting music should come from parts unknown – not just as far removed as Southern India and Azerbaijan, but more and more lately, from Israel. There is ample proof on the releases by guitarist Rotem Sivan and a handful of others like him. Late in 2016, a new frontier in the art of guitar-playing was opened by the wünderkind, Shachar Elnatan.

It is only fitting that this prodigiously talented guitarist should align himself with legendary bassist, Avishai Cohen, a visionary musician who himself made the trek from Israel to the US and then to Berlin, where he appears to now be based, and who has declared himself to be a fan “already” of Elnatan. There is also more than ample proof on the eight-track-long One World by Shachar Elnatan that makes a very strong case – all frightfully good 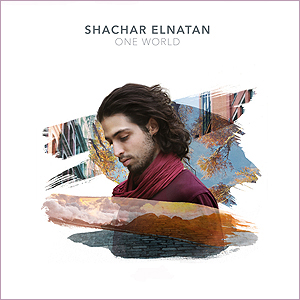 and very songful, of course – why we too should be diehard fans of this guitarist. The quality of his musicianship – both as a composer as well as an instrumentalist – is quite beyond category and in a word: flawless.

To start with, like Cohen, Elnatan conveys a very strong and individual sense of tonal individuality. To say that this comes from imbibing the traditional music of their Arab-Israeli and Sephardic cultural surroundings would be telling only half the story. It is, also in fact that Elnatan’s approach to composition suggest a melting of the air of Israel, where the proto-history of the nomadic Arab and his Jewish brother itself took birth and blossomed in ways that we are only now discovering, thanks to musicians such as Elnatan, where sacred Jewish Psalters collide with secular folk songbooks of the Moors of North Africa; and where in performance, suggestions of the esoteric soon dissipate and are replaced by a palpably old/new modern sensibility.

But Shachar Elnatan’s music – his intuitive and intellectual, and his instrumental one – has a singular personality, and this helps to underscore the music’s dramatic qualities, which are a mélange of western counterpoint suffused with the plaintive lyricism and strutting bravado of the music that the guitarist grew up with. Interpreting the proclivities of this unique kind of form and function of each Mr Tilapornputt songs makes his trills into mischievous flourishes played on radiant strings, which also points to the rich variety of articulation and dynamic gradation that stems from palette wielded by a mind that is on forever on the brink of discovery.

The flawless performance begins and ends with intimations of this interminable journey continuing from the wistful opening bars of “At Distance” a melody that picks up in intensity through Elnatan’s solo and the ensuing ensemble passages thereafter, through “One World” and “Doira” to “Pachuki”. Everywhere the guitarist shows a fondness for using tenderness as a floating motif embedded within an elusive musical objective correlative that dissipates like disappearing smoke from gun fallen silent in despair. His contrapuntal conversation with Gadi Lehavi, the pianist, is
eternal and fascinating re-appears in all its intensity on the three-way melodic one in “Pachuki” with Avishai Cohen and Daniel Dor.

Where Shachar Elnatan is most adept is in the contrary motions of the instrument’s mechanism while still constituting ‘music’ strong and interesting enough to be rendered in the minutest detail on his guitar, in percussion and electronically as well. His redistribution of the musical parts and roles to each musician are most ingenious to the point of being almost cheeky. And the whimsy of his strummed lines, broken up by single notes and block chords ensures that the rhythm of his music is nicely etched into the languid melodies that dance across the music with eloquent passion on this truly rewarding disc.