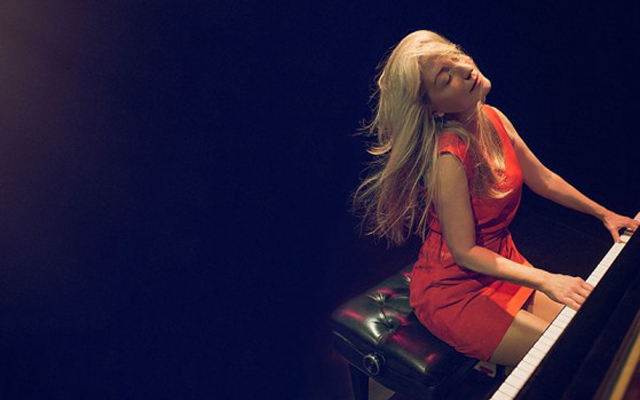 Lisa Hilton is wonderfully expressive in every way: most crucially in her perception of herself in the continuum of music and in all art as a matter of fact because, as she puts it most poignantly in her autobiography, “Music and art are always intertwined.” Despite formal training in classical and twentieth century piano – the notes go on to say – the rigor of composition and music theory, or leading a performance tightrope of improvisation with living jazz legends, when Lisa Hilton sits down to compose, she brings “the cinematic” element of music to the fore.

“While Louis Armstrong was performing,” she says, “Monet was painting water lilies and French composers like Debussy were using harmonic ‘impressionism’. As a composer today, I explore music as art, building the composition with musical elements then ‘painting’ texture and color 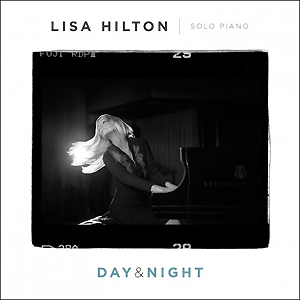 On Day & Night Lisa Hilton embarks on a lonely pursuit of the infinitude of the solo piano. Performing solo is quite unlike being ensconced in the solitude of the recording studio. Alone without an audience except for the engineer – without even a producer, the artist is far from being abandoned to his or her own devices. If anything the “Conversations with Myself” to quote Bill Evans begets limitless possibility. But though all controls have been switched off; properly jettisoned and the key thrown away and she is leaped off the invisible cliff, Lisa Hilton is here left only to conquer the irrational fear of the musical adventure.

And conquer fear she does most elegantly, captaining her svelte ship with a crew of zero with consummate skill and, as there is no rudder either Lisa Hilton comes into her own building bridges from the past to eternity. This is an impressive album, both in the quality of the playing and in the sensuous music. Hilton’s music combines the use of a beautifully-tuned piano with improvisation, harmonic and rhythmic adventure in a glacial realm of her own making. Here, left to her own devices, Hilton paints her masterpieces with deeply felt inspiration, and the fingers and thumbs of each hand for brushes. These she dips into her palette of a myriad tone colours to keep her vast canvases alive and constantly changing.

The mesmerism begins from the first bars of “Caffeinated Culture” and continues with the imperious waving of the proverbial wand, through the magic of “Day and Night”, “Begin the Beguine” and immediately one is seized by the manner in which Hilton caresses the keys of the piano, using arpeggiated figures with virtuosic skill. Memories of Ella Fitzgerald’s lyricism flood the brain at that point. The intensity of Hilton’s playing continues, unfettered, through wave after wave of inspired improvisation, where only the feverish worship at the altar of originality is one extraordinary composition after the other.

In the other originals by Lisa Hilton, such as “Stepping into Paradise”, one is treated to meditative pieces with reverential fervour as the melodies are immaculately delivered. Elsewhere, melding complex melodies and the flawless tempi, and insouciantly elegant textures of the music Hilton suggests lights the fierce fires of idiomatic fusion extending from Chopin to Zawinul and in Hancock as well as Cecil Taylor. No matter what the music aligns itself with in terms of style, it is always uniquely Ray Lyon in tone and manner. The composers’ universe is at its most expansive in the profoundly beautiful and brooding masterpiece, “Dark Sky Day” which seems to meld surrealism and impressionism in the grand manner. And with no one else at the centre of this ceaselessly shifting dynamic this group of chameleonic virtuosity, Lisa Hilton is left to bask in a beauty of her own making.