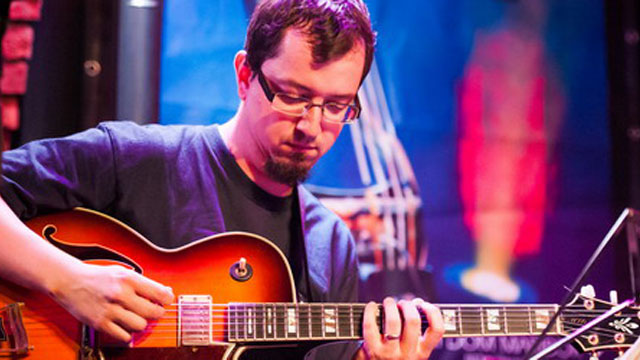 Samo Šalamon is an outstanding artist at a time when many leading guitarists are content to stick with the familiar. Here’s an example, for his 18th disc—his second with a bassless group—Mr. Šalamon makes a radical departure from music, any kind of music, by going without a bass. He then writes all the music using metaphors based in Slovenian folk music as if Bela Bartók had come from Hungary to Slovenia to research and compose contemporary music. Finally he chooses to highlight strongly contrasted styles: a programme of Romantic pieces mixed in with contemporary works, all of which are composed by the guitarist. The music also sounds freshly imagined by Mr. Šalamon and display instances of polished stability in the more turbulent seas which surround some of them. But the overall effect of these chalk-and-cheese juxtapositions is to suggest that the disc works best as a sequence of compositions to be heard separately, not as a continuous programme and with one of the contemporary pieces (“Little River”), hearing the other constituent studies separately is also the best bet. 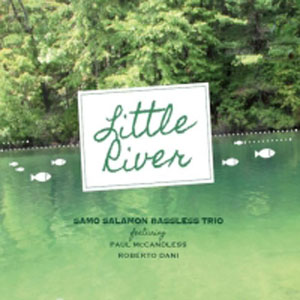 Mr. Šalamon’s playing is superbly poised and elegantly phrased. At the end of “Blown Away”, for instance, with Paul McCandless uninhibitedly enjoying the ride rather effectively, the guitarist goes attacca into the maestoso opening of “Little River”. The results are quite artful. It’s almost as if you were swept on a seductive journey, moving from one landscape to a completely different landscape all in a vast and glorious topography. Darkness, stillness and the stoic stillness of a snow-capped mountain are key elements here. Mr. Šalamon plays with bracing spontaneity. His lines and chords are fascinating in their curiosity and resolution and he sometimes makes dramatic twists and turns in the labyrinth of the music that represents a densely woven double-helical exercise in thematic combination and fascinating execution. One of the main reasons for the fascination is the presence of the ineffable Paul McCandless. God is indeed the arbiter of many good things and it is no coincidence that Samo Šalamon and Mr. McCandless have been paired here.

Paul McCandless’ playing of this music delights in the magical transitions from major to minor modes. His dynamics are impeccable, always fascinating, shimmering and poised. Phrases and lines are wholly unpredictable in the best sense of the term. He is sometimes delightfully conceited and comes off better on account of Mr. Šalamon’s more translucent textures. Mr. McCandless’ lithe and winged performances on the soprano saxophone and the oboe and the depth-defying gravitas of his bass clarinet are both filled with poetic impulse. The reeds and woodwinds player often graces the proceedings with great harmonic sleights of hand. It is difficult to imagine this music without him. It is also well neigh impossible to imagine any Samo Šalamon music without the Roberto Dani. The drummer is a veritable percussion colourist. He plays with almost eerie subtlety, stuttering and yammering at times and almost slicing the silence with monumental swishes across the cymbals, when you least expect it. This disc may just be the most palpable acoustical gem that Samo Šalamon could have recorded in years.

Samo Šalamon is “one of the most talented and interesting young guitarists and composers to emerge on today’s jazz scene” (AllAboutJazz), being selected by the magazine Guitar Player as one of the hottest 10 new guitarists in the world. He began his musical journey by studying classical guitar in Maribor. In December 2000 he was living with and studying individually for one month in New York with the jazz master John Scofield, with whom he has been a friend for years. Through the years he was studying guitar and had lessons with known guitar players such as Rudy Linka, Tim Brady and Andrea Allione. So far he has composed more than 180 compositions and recorded 18 albums as a leader for labels Fresh Sound New Talent (Spain), Splasch Records (Italy), Steeplechase Records (Denmark), Sanje Recordings (Slovenia) and Goga Records (Slovenia). Read more…