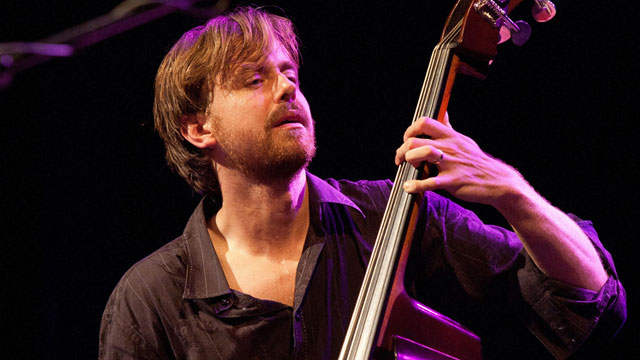 These young players based in New York boast a formidable range of accomplishments: perfect chording, beautifully matched tone, precise technical command as a group and a natural ability to shape the music elegantly and sensitively. Chris Lightcap’s compositions have an admirable lightness, (although “Arthur Road” may be a tad ruminative and almost profound) but on the whole there is a wholly appropriate sense of fun. Again, the work here is characterised by strong rhythms, energy and clear textures, bringing out all the harmonic colouration. This last aspect of the music is dramatically accentuated by the two tenor saxophonists whose disparate voices are slanted one against the other and feature a loquaciously sung gestural vocabulary that is sometimes explosively assertive and altogether winsome. What is sometimes less emphasised is the works’ darker side, the sense of roaming in a threatening environment behind human drama. 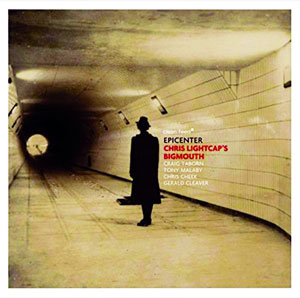 This 2015 also boasts something of an easy élan, especially in the disc’s longest piece, “Still Well” which is has a rather Lewis Carroll-like humour to it. The finale of the album “All Tomorrow’s Parties” desists from all narratives, which might be threatened by some of the subject’s rather more gloomy episodes, by finding a manner that features an authentic folk style almost throughout the song. Chris Lightcap provides an appropriate level of intensity for the major-key return of the motto theme in the final coda, where the whole ensemble rises to the occasion.

The rest of the programme offers vivid contrasts of colour and texture, the lyrical phrases beautifully turned and well thought-out tempi relationships. The masterminds here are the extraordinary drummer Gerald Clever and the ubiquitous keyboardist Craig Taborn. Together the two rhythmists ensure that nothing is missing. While the ensemble shows how much they value textural clarity, the pianist and drummer produce a more intense sound and their performance facilitates a compelling feeling of continuity. This is especially evident in the re-creation of Lou Reed’s palpably dark and visual “All Tomorrow’s Parties” where the group—egged on by Mr. Taborn’s repetitive vamping , sews together apparently disjointed ideas in a wondrous fabric. All of this makes for a triumphant resolution for the piece.

All told there is nothing tentative or exaggeratedly flamboyant about these works. Besides the memorable, contemporaneous timbral and harmonic sound-world is decidedly daring; unapologetically so and rightly unapologetically so, because the music radiates a sense of purpose and goal-directedness that brings its own rewards, even when the more peculiar works on this disc strike me as rather bullseyes and not near misses. For all that and much more, this is an outstanding group from whom I’m sure we will hear much more in the future.