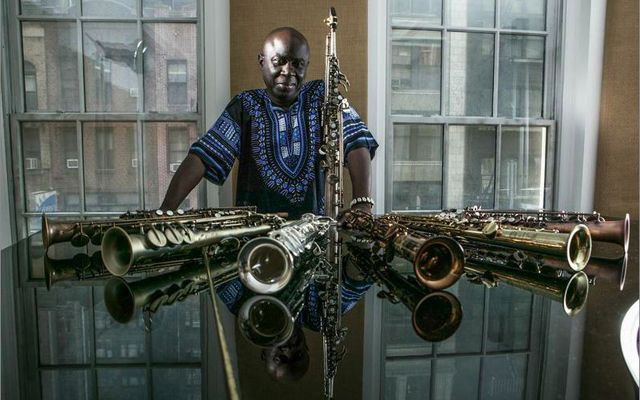 In the summer of 2016, Sam Newsome undertook remarkable tour de force of concentration, stamina and technical prowess by playing the soprano saxophone is all its regalia – prepared and unprepared. Fortunately he had not just a month but a whole season to make it. That’s still quite an undertaking, of course, yet there’s nothing in these recordings that sounds remotely ragged, tired, dynamically compromised or phoned in.

It’s everything you’d expect a concentrated studio performance to be; complete with lighter, suppler touch and tumultuous climaxes when necessary, consistency of linear projection and not to mention with classic non-cyclical individuality…and singularly unique, of course.

The engineering at Peter Karl Studios is unmatched in warmth and luminosity than almost anything acoustic and Katsuhiko Naito’s mixing and mastering has preserved the minutest aspects of authenticity throughout. Still there’s much to claim for Newsome’s intelligently big musicianship. His slow and carefully calculated build-up at the outset of the record, on “The Quiet Before the Storm” pulls you in as much as his unpressured conversational spin on the dizzying finale of “The Great Debate”.

Meanwhile, Sam Newsome relies on the conventional and unconventional architecture of the soprano saxophone. That is to say it is a transposing instrument pitched in the key of B♭, but equipped with a high F♯ key it has a range from A♭3 to E6. 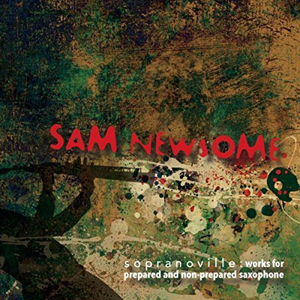 Depending on its vintage, additional keys would allow for an additional F♯ and G at the top of the range. Moreover, as a skilled player he can and does make use of the – even higher – altissimo register.

Add to that what Sam Newsome does with the soprano saxophone in its prepared incarnation first by adding scotch tape with latticed perforations, aluminium foil, a reed straw and a set of wind chimes; not to mention employing techniques such as rhythmic clicking of the pads and what he calls “sympathetic resonance”. All of this is infinitely more potent than Glenn Gould might have ventured to do in his most outrageous, most eccentric productions.

Sam Newsome leans into accented dissonances in some movements of his “Clicktopia” suite most noticeably in the allegretto of Part Two and he inflects the andante of Part Three with more counterlines than ever before. Other pieces feature a certain softness and spiciness for their harmonies, and curving lines that ooze into their unexpected sexiness, although by holding the prestissimo volando’s leaping chords in relatively quiet check in the 7th piece, Newsome’s abandon in its final peroration makes more of an impact.

Elsewhere, on the 9th piece, Sam Newsome plays with balletic litheness and transparency, and in the subsequent one his playing features lovely textural layering, where lightning runs, trills and murky bass-register asides interact with the melodic line in an almost three-dimensional perspective. If you are waiting for straightforward reading, don’t hold your breath; not, that is, until the second half of this repertoire – after “Two-man Orchestra” comes around when Newsome’s craziest, most stylish mastery manifests itself.

It is thereafter that you will be presented with his well-proportioned pacing, subtly shaded trills and playful shaping of the subsequent pieces with a burst of rolling dynamic surges and weighty tremolos and stinging fireworks – a tribute to the authority and unmatched mastery that Sam Newsome exercises over the soprano saxophone.