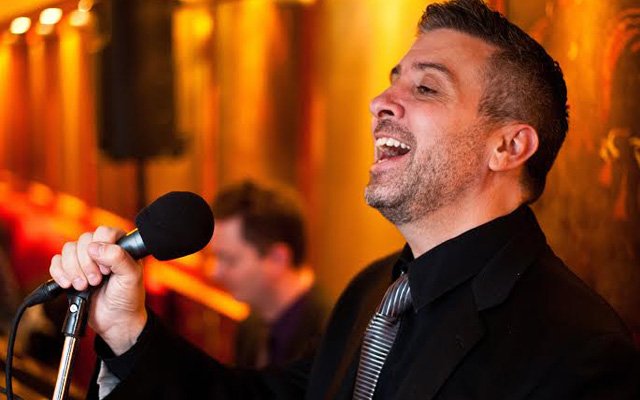 The personality of the Sam Fazio recording – Let’s Go – is infectious; it dances, it excites and it also gives you pause to think – even meditate. The vocal and instrumental colour and tone textures are varied and imaginative. Mr Fazio is a revelation; his vocalastics are low-toned and delivered with just a hint of raw silk in its texture. His delivery is sublime and he is surrounded by just the right kind of instrumental backing – courtesy of Tuck and Patti’s masterful production – that the stories that unfold in his lyrics are superbly enhanced, yet seem to always keep the focus on the storyteller: Mr Fazio. 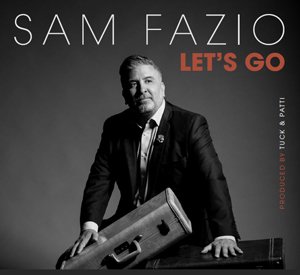 In Mr Fazio we have a modern day troubadour who splits his vocals between the story and the art of delivering it to us. This is a rather rare combination and it separates him from most singers of his generation who seem to want to dazzle far too much with diabolical ornamentation such as scatting and other devices and gestures. Mr Fazio, on the other hand, relies on his tone and manner, which recalls the golden age of vocalists such as Frank Sinatra. There is also enough in him that nods towards someone like Kurt Elling, but this is never so gratuitous as to model everything he does on his illustrious Chicagoan.

The repertoire on the album is expertly produced. It is a wonderful combination of familiar tunes and exquisite originals. Featuring beautifully crafted arrangements of beguiling variety and sensuousness, in every lovingly-crafted phrase, each song shines brightly. Listening to the manner in which Mr Fazio seductively bends notes on such songs as “Reverie” and “Superstar”, and how he sculpts the long, inventions of “Teach Me Tonight”, it’s clear that there’s not a single semiquaver that hasn’t been fastidiously considered.

Featuring wonderful performances from everyone on the date – especially pianist Chris White, who seems to be everywhere, a cameo from Patti Cathcart which makes you want more and masterful turns by Tuck Andress including one on “Eleanor Rigby” where the guitarist turns his attention to the bass guitar. Every musician gives much of him and herself and seems to be completely attuned to the vision and artistry of Mr Fazio which gets a sublime boost from the artistry of Tuck and Patti. In an age when the male vocalist has been almost overshadowed by the plethora of wonderful women, Mr Fazio’s performance is a welcome exception.