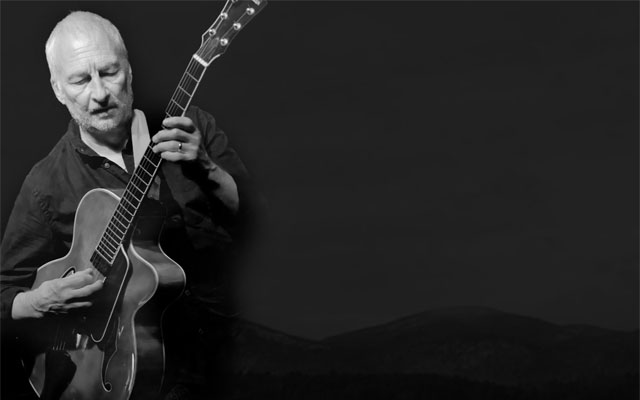 Frank Kohl is one of a select group of guitarists, playing now or before, who possess an utterly comprehensive, magisterial technique and musical integrity. In Mr Kohl’s case his early volatility has seemed to calm into greater reflection lately. Certainly his fifth album as leader – The Crossing – is aptly titled it would seem in the circumstances, is one on which you will be able to listen to some of the salient characteristics that prompted awe and envy among his peers and absolute joy among anyone who has ever played with him in New York, on the West Coast and then in the Northwest – in and around Seattle – where he is now based. 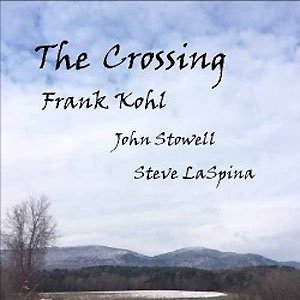 On this disc Mr Kohl is joined by another fascinating guitarist – John Stowell – who plays both regular (steel-string) guitar and the nylon-string guitar, which adds softer, rounder chordal values to this music. The two guitarists are also joined in the festivities by Steve LaSpina, a longtime musical cohort of Mr Kohl. Together the three musicians create a repertoire with Mr Kohl leading them through nine scintillating pieces the elements of which have been dipped into a gorgeous palette of colour and texture. Each song contributes to raising the bar of musical interaction between – in this case – three stringed instruments; each is a warmly endearing and beautifully crafted work.

Much of this has to do with Mr Kohl’s playing, of course. His musicianship emanates from what you might call an elemental virtuoso gift and a sound that is forged in a rich and noble metal – 20-carat gold, in fact; the kind you would find in the “voices” of the finest guitarists of any generation. Among them Mr Kohl is a grand and most lyric of virtuosos. His compositions such as “The Crossing”, “Middle of Nowhere” and “Sojourn” are warm-hearted and romantic in the best and most wholesome sense of the term. The music of others such as “The Masquerade is Over”, and the Brasilian fare – “O Grande Amor” and “Brigas Nunca Mais” – though sober is no less exultant than the rest of the music and has an indelible quality about it.

Of course, all of the musicians play with extraordinary sympathy often finishing off each one’s phrases with brilliance as one great line leads inexorably to the other. Mr Stowell displays sinewy strength and effortless virtuosity complemented by legato that has made him famous wherever he plays. Mr LaSpina, for his part, plays with a quiet strength, every once and a while emerging into the limelight to solo so musically that I could describe it as perfectly cantabile in almost the best “singing” style imaginable. With musicians such as these playing with such eloquence, it’s quite likely that this recording bears repeated playing wherever and on whatever media it is spun.