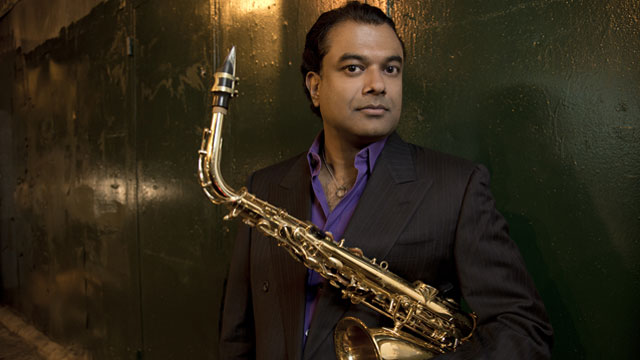 Where would Bird take his music, the music he revolutionised so dramatically? While it might be an apostasy of the musical Word of Bird, you cannot help but speculate. But it is beyond speculation in many more ways than one. Bird reinvented the rhythmic approach to music and he reinvented melodies including those long held to be sacrosanct in the Great American Songbook. Like Thelonious Monk, his genius is unparalleled in modern music; perhaps all music. If no one even approaches this standard of artistic creation, why does Rudresh Mahanthappa, like Heiner Stadler, even attempt to reimagine the music of Bird? Perhaps reason that Edmund Hilary and Tensing Norgay scaled the impossible Himalayas to reach Mt. Everest might be an appropriate analogy: because it is there. Like the mountaineers, Rudresh Mahanthappa and Heiner Stadler approached Bird’s music with abject humility and homage. But they also went beyond the skin of the music and into the heart of Bird’s re-invention of rhythm and melody. 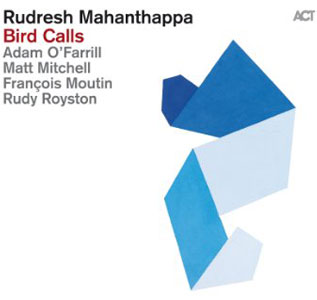 In Mr. Mahanthappa’s case the alto saxophonist also created a new and intricate palimpsest of Bird’s music. His album, Bird Calls is stippled with new songs inspired by key Bird melodies. He has somewhat humbly, yet appropriately, desisted from renaming Bird’s originals, preferring instead to name them after the tile of his album, almost as if he was conjuring up the ghost of the legendary musician. Is this reverential enough? Probably not so, but Mr. Mahanthappa, to his credit, is deferential, but not overawed by the task at hand. His deconstruction of Bird charts, his reverse-engineering of these indelible new and almost impossible to replicate charts is indubitable intriguing and provocative. But it is also a renowned philosophical idea couched in a new sound; one that is an iconic “tribute” in the most elemental meaning of the word. Also Mr. Mahanthappa thinks big. And he creates music that is also sparked by an insurrection dedicated to honoring the memory of one of the greatest musical guerillas of all time. This music also assumes greater significance in what Charles Mingus often railed against: Bird imitators.

None of what Rudresh Mahanthappa achieves on this record would have been possible without sublime technique. But technique alone is not enough. It is that part of a musician that can often assume a mind of its own, growing so uncontrollably that it often overpowers the intellect. Taming technique is of paramount importance to a musician. But that is not enough. Great music must also come from a deeply intuitive state; it must come from the heart and soul of a musician. This is where Bird Calls emerges from: a seemingly bottomless recess in the soul of Mr. Mahanthappa. Also reborn here is the rebirth of unconventional tonality and dry brushstrokes of colour with which the alto saxophonist creates his masterpiece. Mr. Mahanthappa also swings with authentic freedom. His Bird calls are structurally quite extraordinary and totally devoid of sycophancy and inappropriate sentiment. Also, for music to be truly beautiful and therefore sublime, sound needs to be autonomous and free. The music of Bird Calls is all of this and more. It seems to be built on the courage of thinking big. Therein lies the beauty of this music.

Mahanthappa was born in Trieste, Italy, the son of Indian emigrants to the United States. He was born in Italy as a result of his father’s job in academia, but spent nearly his entire early life in Boulder, Colorado, graduating from Fairview High School in 1988. In 1992, Mahanthappa graduated from Berklee College of Music. He received his Master of Fine Arts degree in jazz composition from Chicago’s DePaul University in 1998. After moving to New York City in 1998, he quickly teamed up and released an album with pianist Vijay Iyer, Architextures, the first of much collaboration between the two. As of 2012, he has twelve albums out as a leader or co-leader on labels including Pi Recordings, Savoy Jazz, ACT Music + Vision, and others. Mahanthappa’s playing and composing are firmly ensconced in the highest of the New York jazz scene today. Read more…