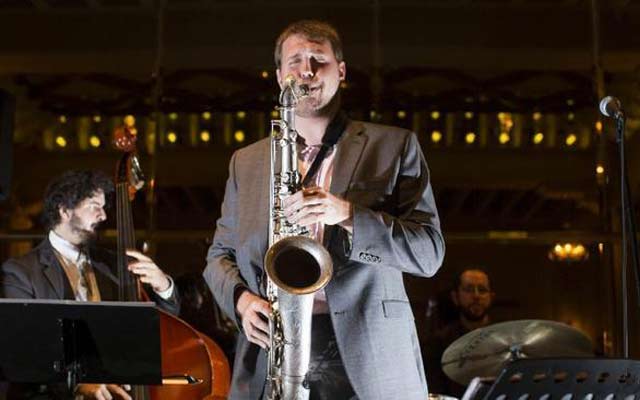 Were you to hear for the first time these eight pieces – most original – in the hands of Tenor saxophonist Roy McGrath you would count yourself lucky. Here, you would think, is everything that music calls for: atmosphere, tonal colouring, acute observation of the score, subtle characterisation and, not the least, a beautifully recorded, almost human-vocal-like sound. What an imaginative tenor saxophonist and musician. Certainly he is also an enormously gifted composer and has been acknowledged for that aspect of his work with an important accolade. He does his own work best, but also here, on two songs not composed by him, he is astoundingly creative. You are likely to hear wonderful versions of Spirit of the Living God, for instance, inside church and outside as well, but nothing can prepare you for the studied majesty of Roy McGrath’s version; the intimate, fragrant utterances coupled with elegant, multi-dimensional tracery. 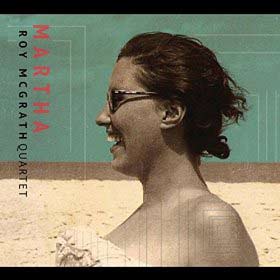 There is nothing hesitant in the playing of Roy McGrath. He is brilliant, forthright and plays with the awesome finesse of a musician wise beyond his years. His gentle vibrato reminds me of Bean and, when he lets the notes at the end of his lines die in burnished softness, of Big Ben Webster. But he has a singular voice compensated with an endlessly evolving compositional virtuosity. Time and again he sets up a convention or polished galanterie only to enliven and vivify it with a teasing assortment of diversions and surprises. True, works such as the great Spirit of the Living God are exceptional in their expressive intensity but if brightness only occasionally falls from the air the majority of this song with its volta-face statuesque nature and open-hearted delight in the unexpected, reflect joy in compositional wizardry. The same could be said of Patty Cakes or any other piece on this album.

These qualities are dazzlingly articulated by Roy McGrath, with one performance after the other of crystalline brilliance and musicianship. Hear his gloriously perky and resilient opening to Martha, or the way he conveys the mock grandeur of Sileray, almost as if the citizenry in his imaginary world were relishing extraordinary leaps of joy and sudden melancholy elegiac and assuaging use of sixths and thirds and is warmly conciliatory in the gentle andante of the final number before firing off the finale’s testy and explosive whimsy. These are magnificent performances and clearly Roy McGrath is enjoying his own Indian summer with this fabulous record.

A word of appreciation would certainly also be in order for the engineers, Scott Steinman and Kelsey Wild who have certainly played a key role in capturing the sound of this wonderful group with almost four-dimensional reality.

Roy McGrath is a tenor saxophonist, composer, bandleader and sideman living in Chicago, IL. He has been awarded the 2015 Department of Cultural Affairs and Special Events of Chicago Professional Development Grant. This grant will fund a month long tour of Mexico October 2015 as well as an international campaign for his recent release, Martha. Read more…