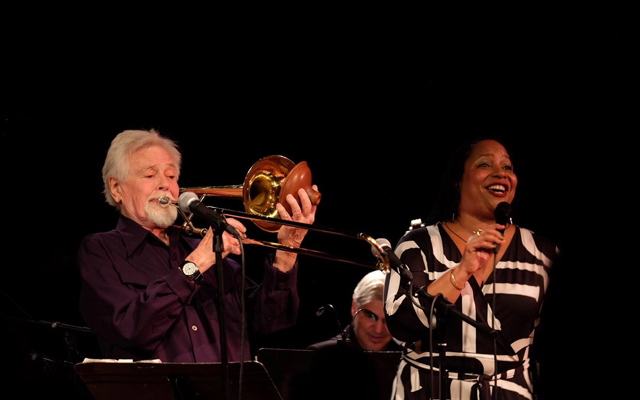 This is a glorious disc. Simply glorious. It features Roswell Rudd in a wide, joyous and complete Embrace of life and features beautifully crafted arrangements of beguiling variety and sensuousness, in every caressed phrase. Clearly Roswell Rudd’s love for life and music shines brightly. Listening to the way Mr Rudd uses his singular, vocal-like trombone playing to seductively bend and colour notes, and sculpt lines inimitably, is breathtaking; a veritable force of nature. Featuring vocalist Fay Victor, long-time pianist Lafayette Harris together with bassist Ken Filiano, Mr Rudd’s musicians are completely attuned to his vision and artistry.

Roswell Rudd was once the wonder-boy of neo-Dixieland, then became the doyen of the trombone during the 1960s’ avant-garde of Jazz – with Steve Lacy, Cecil Taylor, Archie Shepp and others – before inhabiting completely Music’s global topography thanks in a rather large measure to his ethnomusicologist-wife and producer, Verna Gillis, who produced several iconic albums for Sunnyside Record not too long ago. 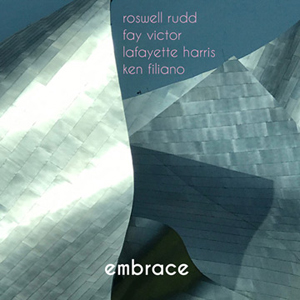 Those recent releases have worked rather like a Verna Gillis tour of paths unknown. However, this is not to say that the release of Embrace was wholly unexpected, arriving at a time when Roswell Rudd – surrounded by oceans of musical love – celebrated his 82nd birthday.

Every piece is played here by Roswell Rudd with a kind of languid ease, each melodic variation following the other, quite inexorably, his sumptuous and vocal trombone sound brilliantly caught in this fine recording. There’s an unhurried approach, a lived-in character to his phrase-making that is breathtaking, and while it might lack the fire of youth this is compensated for by the well-honed values of visceral passion and experience. All the musicians excel, but throughout the performance Fay Victor delivers hugely powerful, bluesy and gospel-soaked vocals – especially on “Can’t We Be Friends” – giving notice that she lives the tradition from Bessie Smith to Abbey Lincoln.

It bears mention that “I Look in the Mirror”, a song written by Verna Gillis, sits magnificently between two classics – “House of the Rising Sun” and “Pannonica” and Miss Victor’s mellifluous timbre beguiles in its spacious bluesy arrangement as she delivers what could easily be described as an instant classic in its own right. Make no mistake: Roswell Rudd is in great shape and not only still has a lot to offer, much to teach young practitioners of the trombone and brings the whole continuum of Jazz to an unsettled era in the music of humanity.