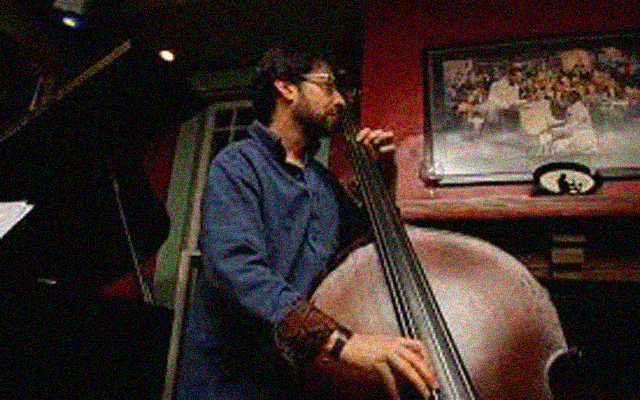 When you are mailed a copy of a disc that’s been released five years ago, it is either because it merits attention or because it’s just that good. Either way it is does not bode well for a music industry that is unwilling to support local talent – in this case talent from Bloomington, Indiana. But fewer clubs and even fewer talent scouts means less adventure, an absence of the impulse to discover… and an industry that is sitting on its self-destruct button. So it’s no surprise why the debut disc of the Ron Kadish Trio took five years to get to get another review, or very possibly a review perhaps. 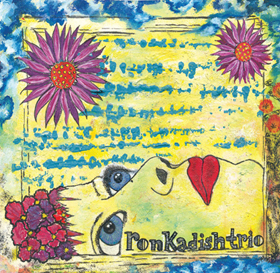 Ron Kadish is the bassist and one of the triumvirate of very talented musicians – the others being pianist Max Marshall and drummer Matt Margeson – who have yet to be ‘discovered’. They have a sense of history, write very good music and play exceedingly well, and thus it made sense to make this record. And it’s a fine record indeed. First of all, they dip into the American Songbook and when you know your ‘stuff’ you tend to open up to the riches of standards. Here, they are, perhaps, over cautious. For instance Charles Mingus’ music might be considered a New Standard. One would have liked to see his music relocated to the landscape of the trio format. Mingus wrote great ballads and some of these would have done very well on this record, thank you very much. However, the standard repertoire is marvellously understood and emotionally rendered.

Then there is this: six of nine tunes are originals by Ron Kadish and Max Marshall. (It’s perhaps only a matter of time when Matt Margeson will bring a tune of his own to the Trio). The songs are rather good. The melodies can be intricate, such as ‘A Dream About Mal Waldron’, and quirky in a wonderful way, such as ‘Alliteration’ and ‘Skunkitology’. The song, ‘Under’ is wonderfully structured and rhythmically interesting. At any rate it takes confidence and ability to write music, genuine talent to write it well and virtuosity to play it well, and judging by the work presented here these musicians have all of it in spades.

Max Marshall is a wonderful pianist, with a silken touch and one who plays with excellent expression and emotion. His fingers ‘feel’ the keys, rather than strike them. Marshall seems to caress notes and this is why they seem to come alive, not only in soli but also in ensemble passages. Kadish plays with great warmth. His technique is flawless. When a bassist can play con arco with gravitas it is a sign of great talent and greater things to come. So you can expect this bassist to ‘sing’ from an elevated plane quite soon. Matt Margeson is the quietest musician of the trio and sometimes it takes the ‘quietest’ one to make a significant noise. This is exactly what the drummer does as he complements both bassist and pianist with great sensitivity. Much more is expected of this group and judging by their maiden voyage, there is a sense that they will not disappoint.

Track List: Alliteration; A Rose for Viola; You & The Night & The Music; A Dream About Mal Waldron; Is It Loudin’ Nuff? You Would Be So Nice To Come Home To; Skunkitology; Smoke Gets In Your Eyes; Under.