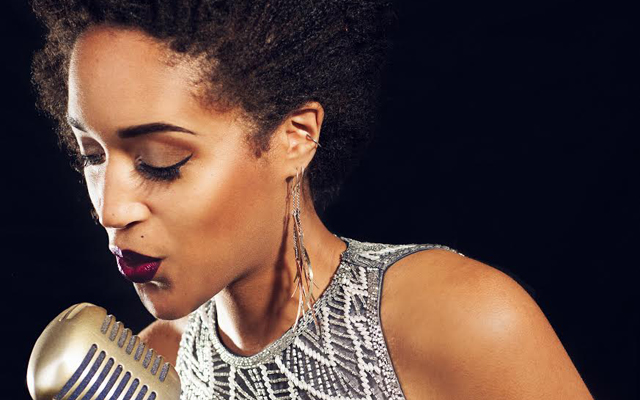 Jackie Gage may be young but she is a miraculous vocalist, a woman-child born into Jazz in the way that her ‘elder sibling’ Cecile McLorin Salvant is. She has yet to be ‘discovered’ but she will soon be. Talent such as this simply shines even under a bushel. Anyone who has heard her sing would be hard-pressed to deny her natural-born ability to invent in song, in a voice that is surely one of the most beautiful and lyrical in the contralto range, somewhat fuller and larger than life. And it is shown almost to perfection in this gorgeous debut disc, recorded on the West Coast; in Oakland, California, to be precise. Listening to her sing in front of an audience is somewhat different. The very presence of an audience makes a difference to the acoustics of a venue. But even without that, in the studio, Gage sounds magnificent. 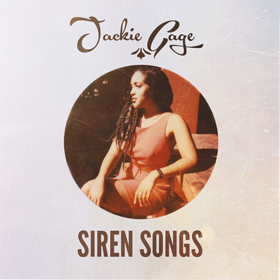 You would think that this music comes from a sacred space and indeed it very well could. For Jackie Gage, sound does not come merely when air is expelled from the lungs through the larynx, it is word that comes from the bubbling of blood in the heart coursing through the arteries, waking up the soul and sending it into a delightful frenzy. For when Gage sings you hear a seraphim hovering proverbially above the throne of Jazz, occupied by a succession of queens of jazz such as Abbey Lincoln and Sheila Jordan to Betty Carter and Cassandra Wilson, for instance. If that sounds a bit too much to take in you must listen to Siren Songs and to ‘That Old Black Magic’, for instance, or to ‘Comes Love’. From the darkness of the songs emerges Gage’s flawlessly bright, clear contralto, both accurate and expressive and above all melodic and musical.

For a young girl such as Jackie Gage, some of this music is not supposed to come easily. For instance ‘Afro Blue’ is twilit and melancholy, written in as a minor blues. It demands a certain degree of virtuosity from the performer and, I find, from the listener too as both adjust to the changing moods of the music, introducing a new mood only to be required to move on shortly. So how is it possible to manoeuvre through the vocal maze? I believe that you need the eyesight of the blind. Then every whisper echoes back from the hedge grow sending a clear signal as to where to go next. And so Jackie Gage goes there, where the magical mystery of the song leads her, sightless, yet faithful to the vocalastic challenges of the song.

Every once in a while God creates someone as near to perfection as He will allow it. Jackie Gage is once such being. She is a singer who is far in advance of her years with a flawless voice, and even more flawless diction and sensuous without being self-conscious. What is Jazz? Abbey Lincoln once asked in a song she sang on one of her last albums. Jazz is Jackie Gage.