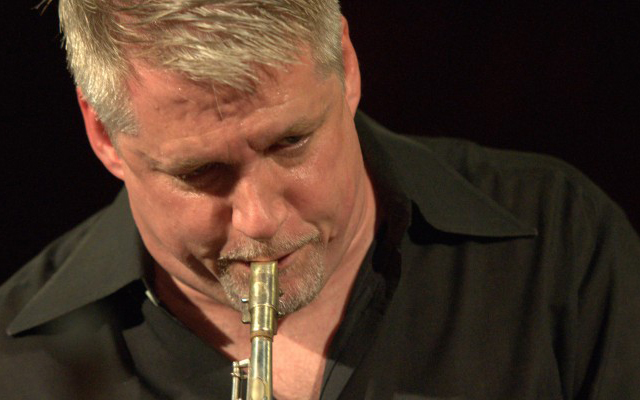 In terms of the soprano saxophone – though not in ways that you would think – Rob Reddy can trace his lineage all the way back to Sidney Bechet, and in terms of musical energy Rob Reddy can easily trace his origins to the sun. So viscerally powerful is the music that comes out of his straight horn, it appears to exist – much more than aurally – as quintessential plasma. There is really no other way to describe his phrases and lines other than they are a state of matter produced by internal combustion. Consider how you will flinch from the scorching subterfuge of its songs from Citizen Quintet that seem to explode in your face and in your ears like solar flares.

This is the eighth recording by Rob Reddy and brings together musicians that he seems to love working with. Trumpeter John Carlson, guitarist Brandon Ross, bassist Dom Richards and drummer Pheeroan akLaff communicate with the soprano saxophonist, in the transcendent music, as if they were of one mind. However, like each magical note in “Hear Me?” – which is played three times; each version subtlety different – Ross, Carlson, akLaff and Richards approach the music with 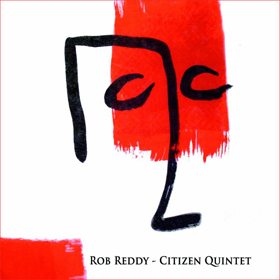 such highly individual observances that musical architecture becomes virtually three-dimensional. This individual idiomatic expression enriches the music with details for outside the scope of a unified mindset.

Rob Reddy is and always has been a musical zealot. The term ‘highly-charged’ describes not only his hard-edged political music as in much of his earlier works (cue the music of Seeing By The Light Of My Own Candle). “Paralysis Of Analysis” and “Redemptive Grace” brings a similar aesthetic to Citizen Quintet in the innate, anguished struggles of being human, written into the music here and elsewhere. (Note a video clip of his music for a dramatic work, Interruption below). Reddy’s music on Citizen Quintet often uses arpeggiated figures, its intensity matched by the performers’ strong, focused playing, always appearing to making the dots fly off the page in the heat of the moment, on the spur of the moment.

Exchanges between saxophone and trumpet, guitar and drum, bass and drum and saxophone and drum are full-blooded. Here Rob Reddy seems to strike gold in the African-ness of his music. None of this could have been realised, however, without the characteristic, death-defying thunder of Pheeroan akLaff’s immaculate drumming. There are few percussionists living today who could produce the primordial atomic charge that ignites the role of a percussionist in a musical work. In many respects Pheeroan akLaff is at the very heart of this music.

However, throughout the album, Rob Reddy is like the chimera that is born of a howl redolent in his own roaring fire breathed out of his straight horn. Bechet come to life in a Godless age? A pitiless, avenging archangel waving his straight horn? In the passionate fury and dramatic ferocity of his tone colours, Rob Reddy appears to be both. And the plasmatic fire of his playing, along with that of akLaff’s, Carlson’s, Ross’ and Richards’, is captured in the rich, but not overly-resonant acoustic of this recording.