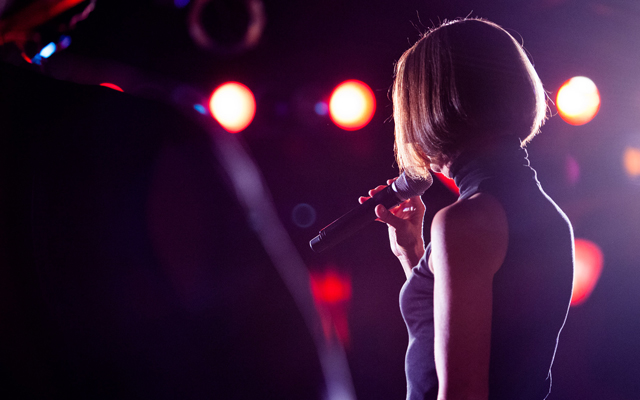 You cannot sing Abbey Lincoln. No one can. But if you embrace her songs you would surely be glorifying her name. Marc Carey, her pianist, did just that on For The Love of Abbey (Motema Music, 2009) and what a glorious recording he made. Now this is also what Virginia Schenck does in the love, warmth and respect she shows Abbey Lincoln on Amimata Moseka. The songs on this disc are culled from a wide array of Abbey Lincoln’s work although some early and significant recordings with Max Roach are missing, from such recordings as the Freedom Now Suite (Candid, 1960) and Percussion, Bitter Sweet (Impulse! Late 1961). However, it is also true that re-imagining those songs would make a very different sort of recording honouring Abbey Lincoln, who seemed to embrace humanity with a greater deal of temperateness in her middle and late period.

Back to Virginia Schenck and her quite spectacular performance. The fact that Schenck has even attempted to undertake such an ambitious project so early in her career (Schenck has only two prior recordings as leader) ought to be applauded. Remember the Abbey Lincoln made her own homage to Billie Holiday saying, “I wanted to just say thank you to Billie with this album, because I can’t imagine what it would have been for me if she hadn’t been there”, on A Tribute to Billie Holiday in 2001. Remarkably for Schenck, also, is that she is extremely self-assured and in full voice throughout. 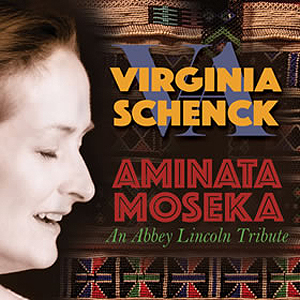 Hers is a voice informed with rugged lyricism, a facet of her style that she uses to follow vocal lines and harmonies, while making unpredictable twists and turns. A certain sonic pungency invigorates Lincoln’s lyrics, which are often centred on all things human.

Abbey Lincoln’s songs throughout her career have always employed concise and concrete metaphors and have often been unsentimentally brutal. Schenck does wonders with this aspect of Lincoln’s work, wrapping her voice around the words in ways that suggest these challenges are complex, but not insurmountable for her. Consider her versions of “Blue Monk”, “Caged Bird” and “The Music Is The Magic”, all of which feature death-defying lows and highs even for Abbey Lincoln. Clearly for both Lincoln and Schenck (here and elsewhere) that there is no exile where the heart is pure and opens with a yearning vocalese. Virginia Schenck goes a step further in “Caged Bird” with an achingly beautiful version of Maya Angelou’s poem “I Know Why The Caged Bird Sings” just prior to attempting Abbey Lincoln’s song.

Through the performance Virginia Schenck is accompanied by her regular trio of Kevin Bales, Rodney Jordan and Marlon Patton. The bonding is fluid and quite magical throughout, heightened at times as in “Wholly Earth”. As with other vocalists Virginia Schenck and her pianist explore the various hues of the music in close communication. Mind you, she often does likewise with bassist Rodney Jordan and drummer Marlon Patton. With such a compelling and convincing performance on this set of thirteen songs by the iconic Animata Moseka, it isn’t hard to imagine how Virginia Schenck has matured into a handsome and gracefully assured woman.