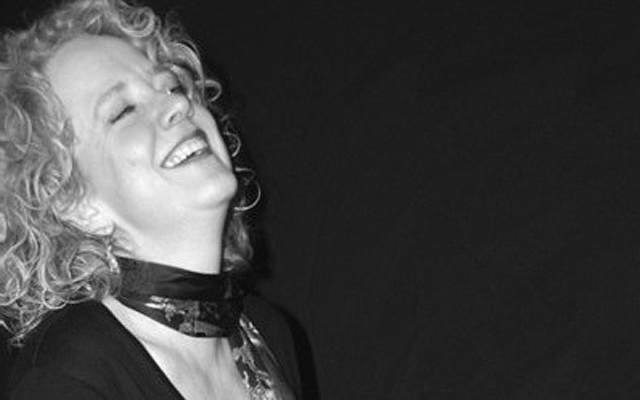 Not for Lyric Fury, the steaming hot octet led by pianist, vocalist and composer Cynthia Hilts is modern chamber music meant to echo the spirit of the Impressionist aesthetic alone as it does for many another ensemble. Nor is the fact that the music, though composed, is also extensively and lavishly improvised, and therefore proverbially “third-stream”. The groundplan – expressive development of the inner machinations, speed markings – shows a holy admiration for Charles Mingus in musical dot and rhythmic deed; two aspects of Hilts’ music that makes it literally leap off the paper into rarefied air. From the upward leaping figurations, sometimes jumping several octave on the piano, then bouncing from horn to horn to horn, cello, bass and drums, there is an aggressive energy that literally tears up the score sheet as the music is launched ever forward.

Tensions tighten right from the heavy-laden, drawling blues of “Those Basinites” through the midriff of “Blues For The Bronchs”, spiral down in the hypnotic rhythmic chant of “Peace Now” and then gather momentum again through the dancing “Three Wishes” before the inebriating explosion of “Celebration”. The involved intensity is uppermost in the tortured mute of Jack Walrath’s trumpet excursions assuaged somewhat by ensemble passages in between before the charge is led again by Lisa Parrott’s baritone saxophone, Lily White’s tenor horn or Deborah Weisz’s trombone. 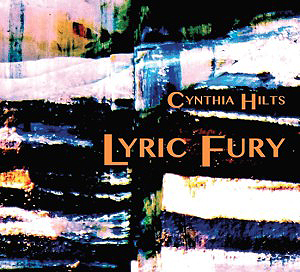 Each time the soloing baton is passed the stakes are raised differently. This makes dénouement of individual pieces a moment of breathless anticipation. In every instance Cynthia Hilts never disappoints.

In contrast to the dramatic pieces are others such as the rhythmically pliable, lyrically slanted and elegiac-shaped “Teachers” that promise – and deliver – brief and melodic respite from further drama. That might be just around the corner. But here these musicians don’t shy away from bending phrase or tempo, or suspending time while tiptoeing around Cynthia Hilts and her virtuosic and myriad expressions of the melody. Artistic imprints pierce the surface of the music, and is not always Cynthia Hilts who leads the charge here, nor do the soloists – be they Walrath, Parrott, White or anyone else – go below ‘the voice’ when instructed (presumably), but everyone digs deep, mining the subtext as each overlays the dynamic with a shadowy angst that almost chokes on itself before Cynthia Hilts, ever the master and commander, raises the lid on the proverbial musical pressure-cooker.

Lest we get carried away with marquee names like Walrath and Parrott, cellist Marika Hughes turns the ear inside out with a brilliantly foreboding and driven solo on “Peace Now”, all but stealing the thunder from the horns. Lily White’s moments come almost immediately after, in “Three Wishes” with an evocative broadside that provides the cue for Jack Walrath to turn up the heat. A series of densely packed bars of ensemble music and this time Ratzo B Harris is let loose with a solo that is redolent in richly crafted tone colours and sublime melodic invention, as is the keening cello break from Marika Hughes. And by the time it is the turn of Scott Neumann, his rolling thunder breaks open the musical sill life altogether.

But this is a supremely crafted disc and Cynthia Hilts is clearly its star. Her grasp of atmospherics in music is profound and absolute, whether she is writing in musical notation or in alphabetically. Changes of metre and mood laid bare through a numinous aura is ineffably mysterious and circumspect in her improvised pianism, just as is in her written scores. Remarkably, a complete command of gossamer traceries at the softest levels, heard in Cynthia Hilts’ musicianship makes this album resonate with untrammelled beauty.