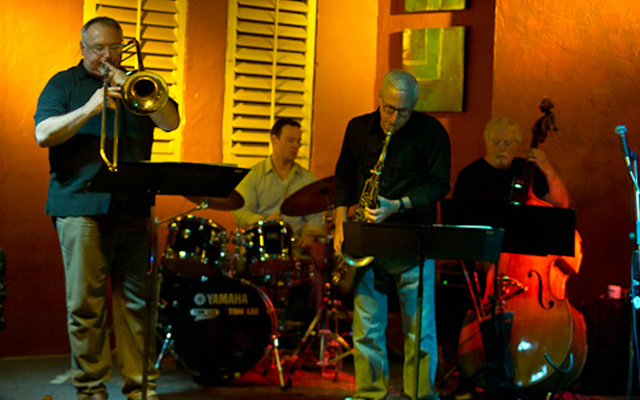 The manner in which Rich Halley describes each of the eleven compositions on this disc might leave you with a feeling of extreme rigidity in the manner in which the music must –and has – been played. The words are those of a clinician and written with surgical accuracy. But the truth is far from that. A mighty tenor saxophonist Halley encourages a sense of freedom within these structures that results in a mostly wonderfully swinging record. And the saxophonist does this together with three musicians with whom he would probably never have made this, and many other discs: Michael Vlatkovich on trombone, Clyde Reed on bass and Carson Halley on drums. 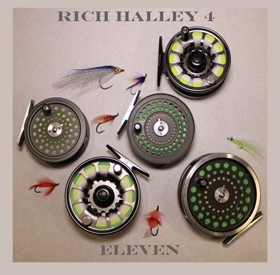 The explosive whimsy of the disc continues form the ‘Reification Suite’ a piece in which the musicians explore the nooks and crannies of each instrument that they have brought to the table. And these three movements set the standard for the music that is to follow. Performances from ‘The Dugite Strikes’ through to ‘The Animas’ is characterised with the dramatic interlocking of saxophone and trombone. Rich Halley’s raw and raspy tone might suggest that he plays with a limited colour palette. That is certainly not the case. Halley employs a vast array of hues and shades that run the gamut of primary colours. Moreover Halley reaches deep into the seemingly bottomless reservoir of his instrument to inform his music with sinuous textures and brazen timbre.

Michael Vlatkovich brings all of his mastery of the trombone to bear on the music at hand. Listening to Vlatkovich you get the impression that he is making his instrument speak rather brusquely at first, but as he develops his soli you hear the refined poetry with which he informs his short excursions. Halley has written wonderful counterpoint which he shares in a very special way with Vlatkovich. It is a relationship that recalls Bid and Diz, Monk and Rouse and Mingus and Richmond. This close-knit musical relationship is, naturally, shared with Clyde Reed and Carson Halley as well. The four musicians ride the rapids in the grand manner, taming the complex twists and turns of the charts the muscularity and virtuosity.

To my mind Rich Halley and his quartet have never made a bad record. Nor will they ever make one. These are four musicians who have mastered their instruments to such an extent that they have become proverbial extensions of their bodies. Moreover they thrive on the music of Rich Halley taking to it as if they can hear and play it in their sleep. Eleven is another monumental recording that is played with mesmerising aplomb. My only suggestion would be to listen to the music before reading the liner notes. All the better to hear the sound of surprise.