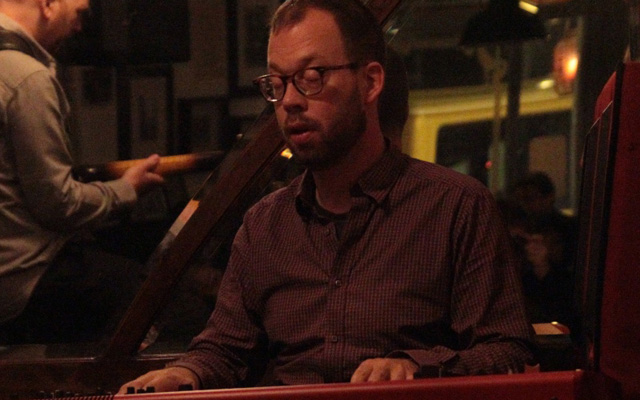 Some musicians launch themselves with pomp and circumstance, others with quietude that gradually raising the frequency until it is impossible to ignore the swing of delight. Bob Wijnen is the latter and his first album, NYC Unforeseen is just the kind of disc that uncoils to let a mighty swing grab a hold of you. 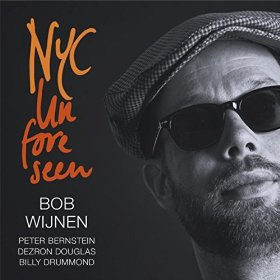 You can tell from the first tune that Wijnen is a force to reckon with. A complete, consummate musician, the pianist is constantly pushing the envelope as he expands his instrumental range going beyond bop to include the modality of John Coltrane. Yet his talent is transatlantic and encompasses the gentility of Herbie Hancock and graceful versatility of a classical pianist on the concert stage in Europe. Yet – and this is rare – he seems to have found his own voice from his first record. You get a sense that throughout this record Bob Wijnen is playing at his peak, swinging exquisitely and blazing a trail together with guitarist Peter Bernstein with whom he shares a wonderful contrapuntal relationship throughout the disc.

Casting a production is also one of Wijnen’s strong suits. Together with the celebrated Ben Rubin, the pianist has made an inspired choice when it comes to whom he has decided to share the music with. In addition to Peter Bernstein the producers brought in the pre-eminent bassist Dezron Douglas and the mighty Billy Drummond on drums. Just how wonderful the decision was can be heard across the repertoire, but you don’t have to wait too long because the album opens with ‘NYC Unforeseen’ a track that explodes right out of the paddock with some crisp drumming by Billy Drummond and a wallop of the bass by Douglas. There’s no turning back after that and the album only cools down at the eighth track, ‘Stevie Wonder’s ‘If It’s Magic’ a ballad gorgeously played in a duo setting with Bernstein.

The recording is sharp and has great depth, characterised by the crisp sound of the drums and the woody sound of the bass. It is not a mystery that the recording should be this good: if has the hand of David Stoller together with Bob Rubin in the engineering booth and has finishing touches put on it by the great Gene Paul. No wonder there is a sense that you are listening to an audiophile recording, and that’s a big bonus when you add it to the memorable performances by these musicians.