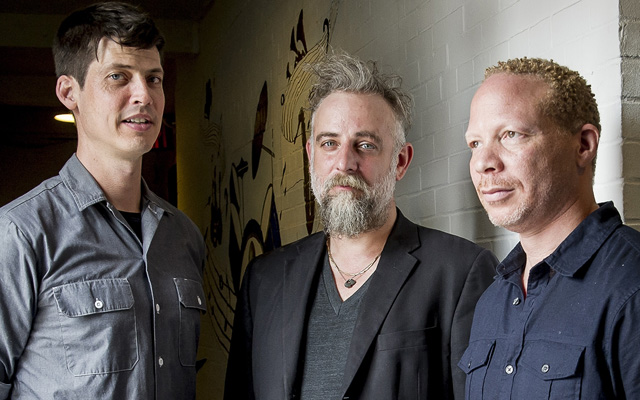 The Ches Smith Trio specialises in daring new works, exploratory collaborations and innovative musical ideas. This beautifully performed disc features eight new works from the ‘classical avant-garde’ which reimagine the trio in contrasting and intriguing ways. The music also seems tailor-made for the virtuosity of Ches Smith, Craig Taborn and Mat Maneri, where viola, piano and percussion playing is also meant to display the musicians’ own prowess at their respective instruments. 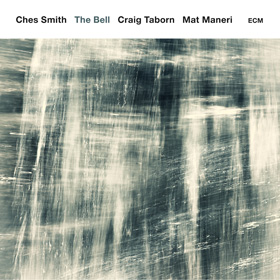 Ches Smith’s ‘The Bell’ features the piano, drums and viola of the trio in several playful, spiky and arresting movements. ‘Barely Intervallic’ radiates a delicate-robust nature of the music, played with flawless intensity. Ches Smith’s well-tempered timpani punctuate the intervallic measures with imposing brilliance in the final movement. ‘Isn’t It Over?’ offers the most penetrating interaction between the players. Its melody rises like an enormous wave that threatens to make an almighty crash upon its dénouement, but miraculously settles down into a profoundly meditative ending. ‘I’ll See You On The Dark Side Of The Earth’ appears to draw on the sometimes shadowy mythology of music in the western hemisphere and its fusion of polyphony and a hint of Eastern tonality, with controlled, minimalist textures.

The Classical music of the western hemisphere presented in an elaborate textural context, aptly showcases the rich timbre and expressive capacity of this trio. The dramatic voices of each musician lights up not only his performance on this disc, but also bring white-hot intensity and a visceral excitement to the music. That is what makes ‘I Think’ profoundly fascinating and ‘Wacken Open Air’ mysteriously beautiful. The most challenging but perhaps the most rewarding works on the disc are the bleak’ yet exquisite ‘It’s Always Winter (Somewhere)’ and the quintessentially ethereal, and meditative ‘For Days’.

The music on this disc seems to describe the Ches Smith’s ‘person-specific’ approach to composing, here drawing on the trio’s ability and willingness to performing microtones. The resulting pieces are mysterious and hypnotic, creating a glittering soundscape of shifting string, piano and percussion textures. What a glorious effect this has on the mind’s and the heart’s ears.

Track List: The Bell; Barely Intervallic; Isn’t It Over? I’ll See You On The Dark Side Of The Earth; I Think; Wacken Open Air; It’s Always Winter (Somewhere); For Days.