Home Music Rebecca Hennessy: All The Little Things You Do 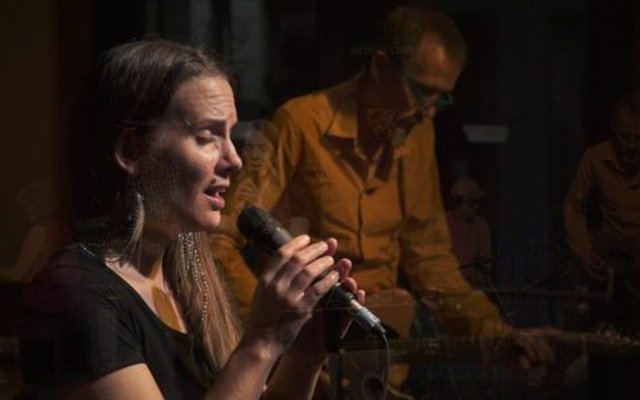 The young Toronto-based trumpeter Rebecca – and now we know for sure, brilliant vocalist – Rebecca Hennessy confirms her growing reputation [in both categories]. This album is a feature that puts her vocalastics on display although she also plays trumpet; and it is a very impressive outing indeed. Her voice is light and lustrous, though not without metal. Her diction is exceptional throughout and there also is evidence of real imagination behind both her original repertoire and her interpretations of it. 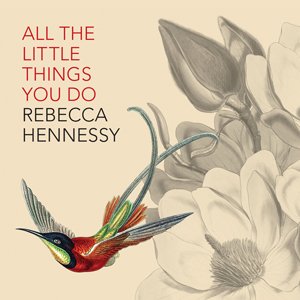 There is a surfeit of music that deals with events and reactions and emotions that deal with these from the feminine perspective; so it is – to be sure – a crowded field and might have posed a genuine challenge to stand out were she not as good an artist as she is. The repertoire of All The Little Things You Do is deeply expressive and evocative of Canadiana – a rootsy mélange full of breathy, airy and elegiac music with seemingly lots of space between softly-annunciated notes that are played by all the musicians, and played and sung by the recording’s main protagonist. Truth be told, one often feels as if one is regaled by the ghostly return of The Band – especially Richard Manuel; there is such sweetness, bitter-sweetness that was always unique – among all Canadian musicians – to The Band.

That observation is not meant as a suggestion of comparison between Miss Hennessy and The Band, but rather to put suggest a similar and beauteous impact that her music makes on the senses. Her lyrics are spare, urbane and completely without pretension. Her approach to vocalastics is feather-light, yet her musicianship is fierce as she digs into the expression of each word, brings soft dynamics and gives every phrase a special grace. “It’s a Beautiful Day to Say Goodbye” is a case in point, and here one cannot help but being swept away by the elemental beauty and heartache of [and in] her performance. Sadness, though, is not the only emotion that we are surrounded by on this album. The embrace of “Loving You” is affecting and palpably exhilarating, the music of “Deeper Than the Dark Blue Sea” is both meditative and a tad foreboding, “Eclipse” is whimsically affecting and “When You Say Goodnight to Me” is a simply gorgeous love song.

Much of the atmosphere on the recording is sustained throughout by superb performances by everyone who was picked to come along for the ride. Kevin Breit is stunning throughout. There is absolutely no one who so completely imbues what it means to be “rootsy” and consequently there is also no one who embodies Canadiana at its best. With a naturally high and lonesome and feathery touch to his playing, and the elemental wail from his slide guitar [reminiscent of the late Roy Buchanan at his finest] is perfectly suited to Miss Hennessy’s music; the sparkle and wry nature of Tania Gill’s piano lines; the soft pizzicato of Michael Herring’s bass lines [the particularly ingenious intonation on his solo in the song, “Dig Up the Stories” marks his prodigious gift for the instrument], and the impeccable taste of Dave Clark’s percussion colourisations are all perfect.

Guest appearances by The Upper York Mandolin Orchestra, trombonist Tom Richards, vocalists Claire Doyle and Alex Samaras the magical Drew Jurecka, and the poet Thomas King are all inspired additions to the music. Moreover the exquisite artwork by Yesim Tosuner and warmth of the recording by Jeremy Derby, and production values and recorded efforts by David Travers-Smith all go to making this an album to die for.