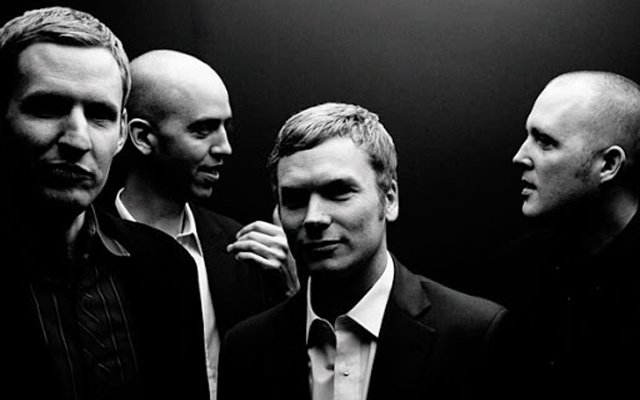 I can’t think of a better example of ensemble playing in recent times – whether composed or improvised – than on the darkly passionate album Irrational Revelation and Mutual Humiliation by this rewarding ensemble Peripheral Vision together with their hand-picked guests. Although the album is meant to be a kind of extended exploration of musical minds one would like to think that this rather whimsically entitled album pivots on Michael Herring’s profoundly meditative “Reconciliation Suite”, a long-limbed, melancholic and rather prescient piece that is reflective of the horrors of Canada’s Missing and Murdered Indigenous Women and Girls as well as on the death of his grandfather. It is a work full of considerably solicitous intertwining melodic and harmonic invention that makes their way through three movements with wonderful and agitatedly expressed rhythmic propulsion. 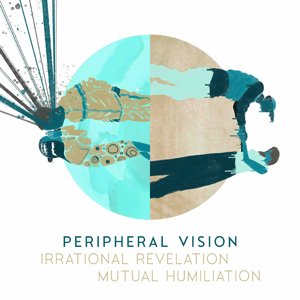 Truth be told, all of the music is wonderfully conceived and performed seemingly by a group of musicians that parley with the familiarity of old friends who play with a sense of gracious etiquette associated with musical knowledge gleaned from noble academies and work-shopped on the road; the proverbial University of Life where their dues have been paid dearly. Nothing is forced or exaggerated, or overly mannered; tempi, soli and ensemble and balance – all seem effortlessly and intuitively right. These are, in sum, poised and sincere accounts of the highest musical order redolent of a thoughtful radiance that is singularly unique.

The always sensitive Don Scott brings a velvety guitar sound to each of his solo forays throughout the repertoire. Saxophonist Trevor Hogg floats exquisitely limpid lines through in graceful contrapuntal fashion throughout his double helix-like relationship with Mr Scott’s guitar, effectively allowing each of the instrumental streams to unfold in a thoroughly mellifluous manner – as on “Whistle Up A Rope on disc one and “S N A Kee SSS” on disc two, for instance. Bassist [and co-leader of the ensemble with Mr Scott] is characteristically and warmly spontaneous throughout, unleashing his perfectly intoned pizzicato bass lines without fuss. The rattle and hum, and brassy sizzle of Nick Fraser’s drumming is melodically and idiomatically perfect.

Throughout the entrancing double album which unfolds through its two constituent parts – rather imaginatively fused together from the funnily disparate viewpoints of “Irrational Revelation” and “Mutual Humiliation” – the musicians and their guests traversal of this inventive music shares a supple harmonic and rhythmic flexibility especially on the extended piece: “Reconciliation Suite”. Its opening movement is big-boned and generous, with a sense of depth and spaciousness that gives the piece an almost orchestral scale. The other works too are powerfully and lovingly delivered by each musician creating a glistening, high-voltage foil for the other as melodic, harmonic and rhythmic variations flow inexorably, one after the other with a focus that is anything but “peripheral”. All of this imbues this outstanding music with beguiling, glowing hues – captured in another brilliant recording by Jeremy Darby – that are impossible to resist.

Track list – Disc One 1: Whistle Up A Rope; 2: Hanging In Hanging On Hanging Out; 3 Reconciliation Suite – 3.I: Prayer for Reconciliation; 3.II: Reparations, or, how do you put down the mantle of privilege? 3.III: Kaddish for Missing and Murdered Indigenous Women and Girls; 4: For Kent Monkman; 5: The Fish Who Can’t Do Math; 6: Brooklyn’s Bearded; 7: Man vs Zafu. Disc Two – 1: Title Crisis; 2: Kopfkino; 3: S N A Kee SSS; 4: Neo-Expressionism For Pacifists; 5: N12; 6: Schleudern; 7: Mutual Humiliation Society