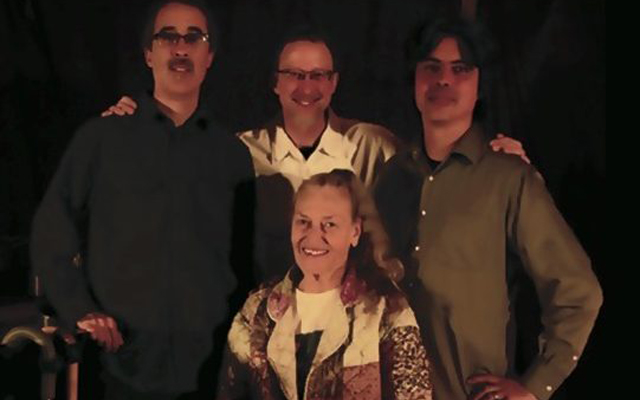 The name “Porter” appears twice in the title of this recording Randy Porter plays Cole Porter and while the pianist and the legendary composer thrill with each of their contributions, it is really Nancy King’s dramatic treatment of the music that sculpts its vivid architecture. This should come as no surprise, really. Miss King is one of the great interpreters of music. Her vocalastics often defy belief with the lyrical evocations that seem to pass from the souls of her feet, shot into the air where words and phrases leap and pirouette in madly brilliant parabolas as if choreographed in the spirit-world by George Balanchine before being “danced”, in a manner of speaking by Miss King’s Vaslav Nijinsky with – at any time – one of his three great Mariinsky partners: Mathilde Kschessinskaya, Anna Pavlovna Pavlova, and Tamara Platonovna Karsavina.

If you may not have heard vocal music described as such it’s because perhaps there really is no one who sings like Nancy King and perhaps only Abbey Lincoln comes close in the manner of her gliding, emotive style of phrasing that mimics the leaping of a ballet dancer. Miss King’s sultry spicing of essentially raw-silk madrigalian textures and creating a sonorous tone that alternately punctuates forward-propelled swing with wickedly devised inversions. 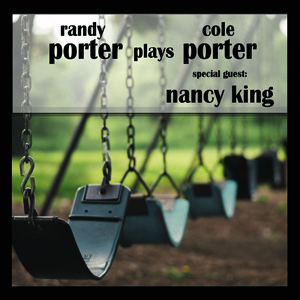 From the breathtaking stillness of Cole Porter’s “All of You” to the dark stage of warring passions of Randy Porter’s brilliant “Inside Your Mind”. Who else but Miss King could have inhabited these lyrics so intimately? And no one but Miss King’s vocal leaps could cause one to burst into tears and – as in the utterly dynamic reading of the latter song – possibly even stop the beat of the aching heart, so be warned.

Randy Porter has a critical role to play in making this short sojourn through the Cole Porter Songbook a huge success. His accompanying throughout is as poetic as it is swinging and we get a measure of both on “Get Out Of Town”. Of course we do not have to wait for that (penultimate) song to experience just how exquisite his performance is. His eloquence is in evidence throughout the album. And if this were an album of modern lieder by Cole Porter, then the pianist clearly is here to play not an accompanying role, but to participate directly and deeply in the proceedings, an active co-creator even when Miss King has the spotlight. His pianism comes with a poetic and theatrical sense of space and nowhere is this more exquisite than on “Every Time We Say Goodbye”.

Of course Mr. Porter is not alone in this endeavor. Bassist John Wiitala and drummer Todd Strait play with exquisite and lyrical taste. So unique are the contributions of bassist and drummer that one is hard-pressed to believe that they sit apart in a rhythm section, keeping time, for in the elegance of their swing also lies a lyricism that makes this music seem to come from another, ethereal world where it may swing, but in such a way as to seem to stand still. This is the best interpretation of Cole Porter music you are likely to hear even in the unlikely event of a real Blue Moon.