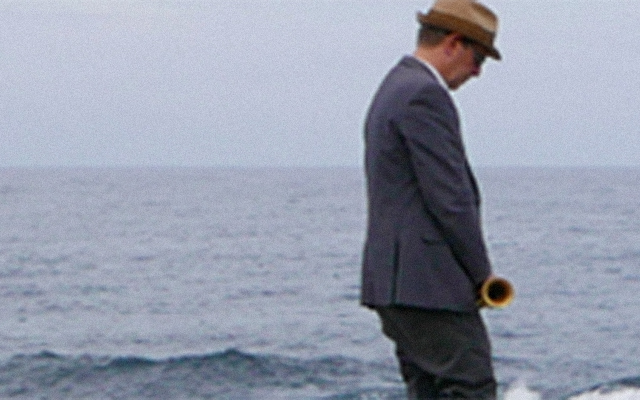 The life of Phillip Johnston seems to find itself bestriding two worlds: music and cinema. The composer and saxophonist seems to have dwelt in both worlds almost equally, creating recordings almost completely devoted to Jazz and writings almost completely devoted to the era of silent film. Perhaps it is precisely this pursuit that has resulted in Mr Johnston’s music transcending the tactile realm to engage those who would listen carefully in a manner that engages all of the senses at once. Certainly this is how his music for Lotte Reiniger’s classic 1926 silent film The Adventures of Prince Achmed unfolds; a score that wakes up a near century-old classic by serving up a fresh aural slice from the mystical past of Arabia in such a manner that it brings to life not just locale, but smell, taste, sound, etc., too. And magically, more than merely deliberately, it does so in a manner that is far from gratuitously Middle Eastern; with but subtle hints and melodic undulations in Phrygian modes, a refreshing change from almost all attempts to make the soundtrack “authentic” to the setting.

This kind of “worshipping at the altar of originality” has characterised the music of Mr Johnston right through his work with The Microscopic Septet. A notable example was Friday The Thirteenth: The Micros Play Monk (Cuneiform, 2011), where The Micros relocated Thelonious Monk’s path-breaking musicianship and pianism largely to the landscape of woodwinds. This restless blurring of musical boundaries has been the mainstay of Mr Johnston’s music throughout his long tenure both in the US as well as in Australia, where he has now dropped anchor and performs with – among others – his regular cohort of musically peripatetic organist Alister Spence, bassist Lloyd Swanton and the equally itinerant drummer Nic Cecire. Together (as The Coolerators) these men have made music having roamed a vast topography of styles, all of which has resulted in a soundscape uniquely their own. 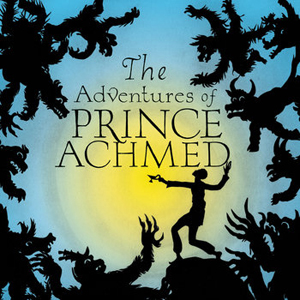 Phillip Johnston: The Adventures of Prince Achmed The music that propels Miss Reiniger’s film sets the tone for (Prince Achmed) the mean-spirited, persnickety, reckless and principal antagonist of Aladdin. Both are, of course, characters in the stories of One Thousand and One Nights, a collection of Middle Eastern folk tales compiled in Arabic during the Islamic Golden Age. It is to Middle Eastern prose what the Rubáiyát of Omar Khayyám a selection of Farsi quatrains (rubāʿiyāt) attributed to Omar Khayyam (1048–1131), “the Astronomer-Poet of Persia”, written almost six hundred years earlier, is to the region’s poetry. Against this Middle Eastern backdrop one would expect a soundtrack accompanying the film to follow the musical cliché of “sounding” Middle Eastern.

Mr Johnston was never going to take that route, however. Instead he fixes his composer’s gaze on a combination of the empirical “evil” nature of the character while also injecting a healthy dose of the comic nature of the stories, addressing the physical nature of the slapstick comedy contained within the stories and the fact that this is a period film. This takes the form of dissonant harmonies that sound both appropriately disturbing and characterful as well as rhythmically comic. Although the music follows the stories, that are almost Aesop-short, there is a sense that each miniature is part of a continuous musical “narrative” that forms a much wider and certainly longer episode. And with the range of musical emotions melodically and rhythmically woven into this narrative a breathtaking cautionary tale also emerges through this wonderful repertoire not only through Mr Johnston’s wildly ululating saxophone, but also in the gravitas of the two organs employed in this dramatic score. 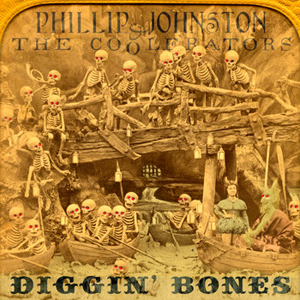 Phillip Johnston and The Coolerators: Diggin’ Bones Mr Johnston continues his fascinating odyssey of the world between picture and sound with this recording as well. From its droll yet funny references to a world somewhere between that of Hieronymus Bosch, Alistair Crowley and the facetious and “noir” comic world, all of this is naturally swathed in the fabric of Mr Johnston’s highly cerebral approach to the “classic” reference points of “pop” culture. Thus seriously beautiful music emerges through the performance of this repertoire. Naturally there is also a theatrical approach to the music which is, de rigueur, in keeping with the attempt to animate Mr Johnston’s ten narratives contained in this recording. There is a certain (suspicious) brevity to the titles; it certainly seems to speak to the intent with which Mr Johnston and The Coolerators want you to “listen” to the music first, challenging you to dig the narrative and meaning behind each title from the musical tale that each episode of music eventually tells. Once again the recording is peopled by extremely fine musicians all of whom are completely attuned to Mr Johnston’s vision.

Here again we come across classic Phillip Johnston music, which is deceptively simple, but which also emerges as being highly idiomatic and complex in not only in sub-text but also in the rhythmic gestures and devices that he employs – featuring often abrupt changes in metre – as well as often using repetitious phrases, subtly played, layer upon layer, (as in “What Is Real?”, for instance) to drive home not only the title but the whole the point of the story in question. The breadth of modes employed from Phrygian and Lydian among others is not simply staggering but also highly inventive. For a taste of the ingenuity of this one has to only listen to “Diggin’ Bones” and “Ducket Got a Whole In It”, both of which take the dramatic play on words into the music with marvellous results. It also bears mention that releasing the two recordings at once makes eminent sense as it gives us an eloquent and dramatic picture of an aspect of Mr Johnston’s unique musical pursuit which melds the aural and the visual with quite extraordinary results.