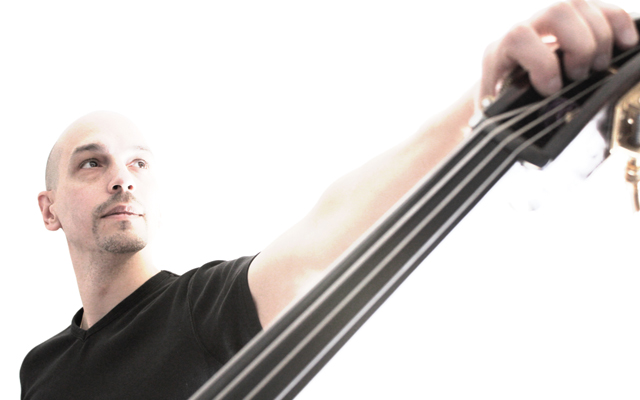 It is easy to be carried away with the gorgeous tone of Scott LaFaro’s fully restored acoustic bass. The legend of LaFaro and his near-mythological recordings with Bill Evans has lived long after his tragic passing. However, let’s not forget that this is Phil Palombi who is now playing the instrument, and while the tonal beauty must come from the beast itself, let’s not sell Palombi short. That would be a huge travesty. Palombi is an extraordinarily brilliant bassist who is in his element on acoustic or electric bass. Palombi’s technique to be best suited for the acoustic bass. His astounding skill playing con arco and pizzicato simply ignites the music played on the instrument. 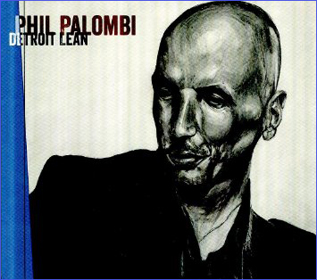 Of course the music is geared towards bringing the bass front and centre at all times. But who cares. With each explosive note, each excited double stop, the smelting of the ore of inspiration that results in the detonation of rhythmic figures and lines you will get a sense of the throbbing of the music’s primordial heartbeat. You will have no other recourse but to marvel at the subversive balletic approach to the near-symphonic structures where the narrative line is paramount. What results is a seamless expedition through the stages of the composer’s distinctive weaving of ideas and instruments especially as played with heightened sensitivity by Palombi as well as by Matthew Fries, Keith Hall, Tony Romano and George Walker Petit, with the wonderful Kat Gang making no small contribution in terms of vocals.

To say that musicians let music speak for itself is always a dicey proposition; it could mean they are simply presenting the score without much (or any) interpretative motivation. But on Detroit Lean the musicians take Phil Palombi at his word, even as they lift phrases to subtle and urgent effect. There is no temptation to overdramatize the impassioned moments or wallow in Palombi’s tender lyricism. Each of the pieces unfolds as if the artists are engaging in a series of natural and compelling conversations. Balances are superb, not always a given when it comes to the bass playing a leading role in the genre of Jazz, and the (other) musicians apply tonal beauty to everything they touch. In all this is a magnificent release from a bassist deserving of much wider recognition.

Track List: Beyond the Wall; Detroit Lean; The Phoenix; Push-Pull; I’ll Never Go Back to Brooklyn; Stay the Same; Alternate Side Parking; Standing Through Time; Sarah’s Theme; Take Both Paths.