Home Music The Michael Lauren All-Stars: Once Upon A Time In Portugal 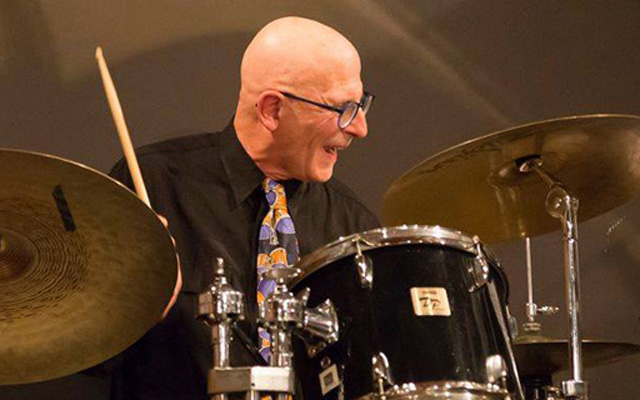 The Portuguese may be among the last of the Europeans to spread the Gospel of Jazz, re-exporting it, just as the French once did, back to the United States. They were, after all, still nourishing their own idiom, their own dialect, and modernising their Latin musical language. But here they are, full of vim and verve and in a manner that so enriches the language of Jazz itself. A late example of this epic musical expedition is The Michael Lauren All Stars’ Once Upon A Time In Portugal. To be correct, this album is not the first one to make the journey across the southern Atlantic. There is a small Portuguese label from Lisbon, Porta Jazz, that produces absolutely magnificent Jazz music and their catalogues is simply the best you will find anywhere in the world. 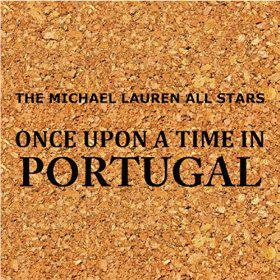 But this is about The Michael Lauren All Stars and we shall stick with that – for now at least. Lauren is a highly respected musician and drummer who teaches music in Portugal. More than being respected, he has played with some of the giants in music; Paul Anka, Chuck Berry, Teo Macero, Bob Mintzer, Kenny Davern and Bill Frisell, to name but a few. On this lovely record he shows up with Portuguese heavyweights. And their performance of this repertoire is absolutely stunning. There is no gratuitous technical wizardry on parade. Just musical chops that celebrate the Music, good old, no nonsense swing. The spirit of adventure is contained in the remarkable intertwining of skills of the cast that is formed almost entirely by a Portuguese cast.

Jazz has never recognised borders. Perhaps that is, indeed the greatest attribute of the Music, except if you consider its African roots contained in the Blues and the polyrhythms that have now been incorporated into almost all music, and which even the most oppressive colonialism could not disrupt or destroy. It is important to be reminded of this and it is exactly this reminder that enables us to enjoy this Music when it is played outside its core domain, which is, of course America. And it is musicians such as Michael Lauren who make this so. Temperamentally a free radical, the drummer has constantly bucked the populist trend, while remaining true to the ancestral lineage of Jazz drumming. The haunting chimes that make for an opening and closing – and interlude during some pieces – make for a constant reminder of ‘days of future past’.

Michael Lauren is a master of time and not only worships at the altar of creativity, but also brings his chops to the sacrificial table with extravagant gestures always informed by the rich legacy of drummers from the history of Jazz. Lauren may be a teacher, but he must surely have been born with these skills, judging by the core of his musicianship. Pick any song in this repertoire – including songs that have been composed by his Portuguese contingent, who are masters in their own right – and you will be awed by Lauren’s ability to play in the pocket, while consistently referencing melody. He plays with the biggest ears, which serve not only for essential listening, but also to marvel and comment on the balletic approach of the other players in this ensemble, on this seriously good album.