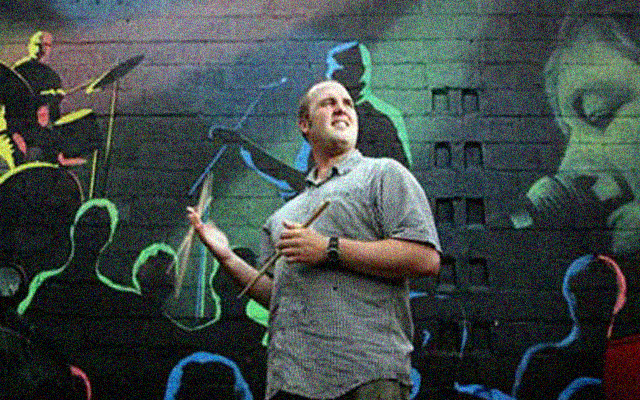 You may not like this at all. If you think the score is a comprehensive set of closed instructions to the performer(s) or if you subscribe to the view that there is one true way to present Nick Fraser’s ‘Sketches’, you will find all sorts of things that deviate from that path. It certainly does not appear that this music is created only on the spur of the moment. On the contrary much of what appears to be played comes from a mapping of Fraser’s thick annotations in the buzz of his brain, though as the word ‘sketch’ suggests, there is some writing, even detailed suggestions regarding the manner in which the music is expected to unfold. ‘minimalism/416-538-7149’ has a distinct flow as it suggests a telephonic conversation without words. 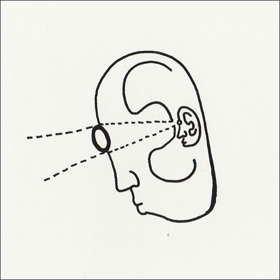 Nick Fraser’s playing, which quickly sets the tone for the instinctual manner of saxophonist Tony Malaby leads off from Fraser’s frenetic drumming. Malaby’s playing, though, is neither finicky nor a dryly literal playback in some sort of response to Fraser’s drumming and both players have cleverly managed to construct a complete sequence of movements for Andrew Downing’s dominant cello and Rob Clutton’s bass as a springboard for what is to follow. This approach seems complicated, but it is not – complex, perhaps, but not complicated for that would suggest the musical mathematics of impossibility. N, that is not the case at all. What Fraser attempts to do, however, is to define a conception of building a musical texture essentially to encourage a debate about how this idiosyncratic music should be understood.

As with the deliciously insouciant lingering of the cello’s echoes in the opening piece, the rest of the music composed in a series of dramatic sketches is surprising but seems absolutely right. Without resorting to mannerism, Nick Fraser is hard to predict – something the entire quartet shares with him – remaining steady in the opening of each ‘Sketch’ yet bringing a breezy lyricism to the music by the time each piece is fades into infinity. And all the musicians in this wonderful quartet defy every musical convention as they leave the music with deftness of touch to create the necessary colours and half-shadings for this extraordinary music.