Home Music Pat Metheny: Two x Pat
Whenever Pat Metheny puts fingers and plectrum to guitar together with his brilliantly fertile mind his art, he creates the most richly textures and lustrous music ever. This has never sounded more beautiful than in these two recordings from Nonesuch. The first is the double CD package The Unity Sessions, originally released on video in 2015. The second release is another masterful creation, an adventure in music with the Cuong Vu Trio. On both works, the music blazes out as gloriously crafted mature work. Both works are straightforward, strong-spined performances of fuller tone and emotional engagement with his new band as well as with Vu’s immaculate trio.

There are not many opportunities to hear Metheny’s guitars and synthesizers weave in and out of keyboards, bass and drums, and trumpet playing repertoire as stunning as this. The music on the Unity Sessions is stylistically contemporaneous and played with admirable lightness. On the recording with the Cuong Vu Trio there are beguiling moments when Metheny’s guitar interacts with Vu’s horn moving from subservient colouring to becoming a forceful driver of the changing moods of the music. In typical fashion, both albums have been splendidly recorded by engineers whose ears are finely tuned to capturing this music with nuanced accuracy. 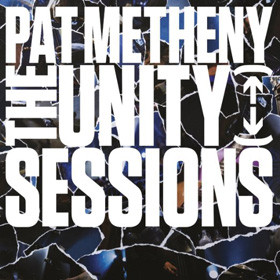 This recording is relatively intimate, as though we are seated in a salon a few feet from the performers – who therefore have no need to strain and ‘project’ as in a larger concert hall. Some of the quieter more veiled passages in, for instance, ‘On Day One’ (in Disc One) and ‘Two Folk Songs (1st) (on Disc Two), sound quite magical. Then, to his absolute security of intonation Metheny brings an astonishing variety of vibrato, nuance and colour. It is almost as if Metheny and the group are re-creating distinctly romantic readings that could have you gasping for breath with the dazzling authenticity and commitment of genuine artistry.

Just occasionally the Unity Sessions group’s local ‘spontaneities’ of tempo, surely carefully rehearsed, edge over into mannerism, as in the unobtrusive hiatus they insert before the sudden drop in volume in the opening bars of ‘On One Day’. All the same, the inventive and emotional fullness of this masterpiece – The Unity Sessions – is gloriously conveyed. ‘Come and See’ on Disc One is a lighter, more bucolic work, as is ‘Kin’ on the same disc, but the slow sequences on ‘Adagia’ are almost piercingly lovely in the astonishing variety of nuance and colour that this extraordinary ensemble brings to this music. 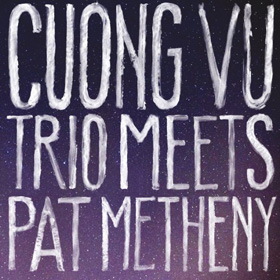 Equally alluring albeit in another wondrous sort of way is the Metheny collaboration with the stratospheric trumpeter Cuong Vu. This recording inhabits a rarefied realm with barely a suggestion of melodic lines. And yet the music is lyrical. It also carries trace elements of startlingly pointed dissonances that twist and turn in balletic embrace between trumpet and guitar suggesting dancers locked in an interminable performance. Musical syntax here comes from an otherworldly system linking an eclectic mix of jazz-inspired improvisation, stabbing, minimalist elements and noise. Moods and emotional elasticity creates a dynamic tension throughout the programme.

Both Pat Metheny and Cuong Vu float and soar around each other giving the impression of a musical style of the post-serialist 20th century conservatoire. Breaks between the pieces are handled with a natural dénouement in each of the pieces. There may also be a case for this performance being one representing a gigantic work linked by the cool, spacey trumpet and gamelan-like riffs played by Metheny as pizzicato harmonics, and a delicate curlicue of a bass line underpins what often sounds like a Gaelic lament, seemingly developing out of single phrases. Cue ‘Seeds of Doubt’ to hear this kind of melismatic work at its zenith. The recorded sound balances detail and warmth.