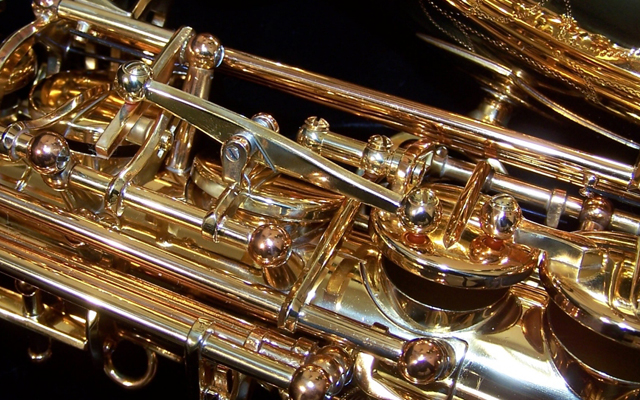 The saxophone is now just over 200 years old. It really came into its own in dance bands in the 1920s. The alto saxophone – by then, already favoured solo member of the family in its occasional classical outings – established itself in jazz at an earlier stage than its tenor cousin saw its most suave playing in the hands of Johnny Hodges, in the Ellington bands. The baritone was less popular although Harry Carney, Gerry Mulligan, Pepper Adams and Ronnie Cuber, among others, showed that it was capable of being played with a fluency and delicacy that belied its cumbersome appearance. But Jazz saxophone playing was completely transformed in the 1940s by one of the greatest revolutionising geniuses in music: Charlie Parker. His innovations affected not only saxophonists but the melodic idiom of all manner of instruments, from the piano to the trombone and the double bass.

Although Parker continues to rule both the world of the saxophone and the world of music at large, a second great wave was beginning to form in the late 1950s. This wave began with the tenor saxophone and its great proponents: Coleman Hawkins, Ben Webster, Buddy Tate and Lester Young; and continued with Sonny Rollins and John Coltrane. It was Coltrane who acquired a brash energy and in his hands, as well as in the hands of Albert Ayler and Pharoah Sanders, the instrument found its timbres embracing sometimes harsh sonorities and sound effects that became part of a growing move in the early 1960s towards what came to be called avant-garde expressionism. Coltrane later adopted the soprano saxophone following in the footsteps of Sidney Bechet and later Steve Lacy.

The 1970s saw the rise to eminence of Wayne Shorter, who began with the tenor and then graduated to the soprano saxophone, becoming known for his hauntingly ethereal tone. Many fine saxophonists have followed since, few as mesmerising as Jan Garbarek, whose sound-world synthesized elements from European folk music and jazz and even medieval Latin vocal music. Today the field of music is awash with saxophonists fighting for a share of voice. It seems like a game of survival of the most creative to see who will pay fitting tribute to the great elders of this instrument. Here are two of them from Marc Free’s Posi-Tone imprint: 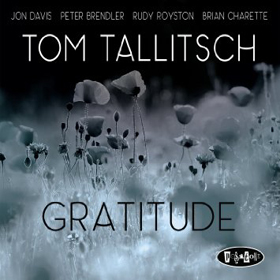 A fierce energy leaps out os the opening chords of ‘Terrain’ that heralds the coming of ten other wonderful tunes on Gratitude an album of considerable import. Eight of these charts have been composed by the tenor saxophonist. But getting off to an immensely exciting start to this recording has you on the edge of your seat. Primary colours abound in the orchestral textures of this quintet, and a leaping performance by Tom Tallitsch keeping the music on a tight rein, with rhythms and phrasing precise and alert. It’s a shock, sometimes, to hear the onrush of such fine music move so seamlessly from one song to the other, rarely losing its kinetic energy. The grainy sound that Tallitsch generates gives a lightness and transparency of texture, and he keeps the music moving so that you can easily be seduced into getting up and cutting the proverbial rug. Capture all that in a recording that gives space to the sound, but not too much clouding resonance, and you have a winner.

Walt Weiskopf: The Way You Say It 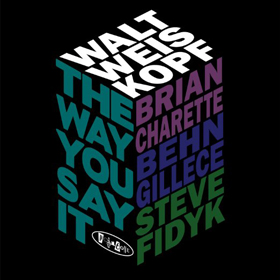 Walt Weiskopf’s album The Way You Say It is considerably different from Tallitsch’s and these differences are obvious right off the bat. To begin with Weiskopf’s tone is built on a raspy citadel. Although he generally plays with a sense of forward-leaning urgency and delivers insightful and compelling readings of the twelve tracks on the album Weiskopf can also adopt a far more spacious approach through a chorus, a tactic he employs to great effect in projecting the halting and brooding atmosphere on his notable composition, ‘Dreamlining’, in which he captures all of the intricate detail of the song. This track is also a fine example of his penchant for orchestration, which he uses with spectacular effect not only here but throughout the album. Charlie Parker’s ‘Segment’ is renewed by the tenor saxophonist in an arrangement that features the talented organist Brian Charette, whose playing is vivid and blessed by textural clarity and balletic grace. Together with Weiskopf, Charette’s depiction of the cascading waterfall that is Parker’s tune is absolutely memorable. The album benefits greatly from this chart and the forward momentum that it creates.