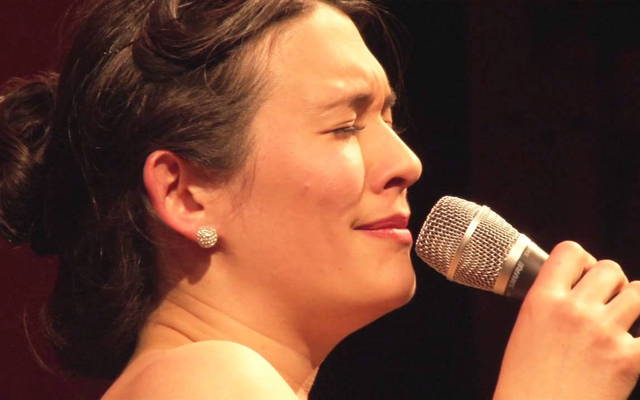 What a glorious album Pairings is. Simply glorious. The multi-talented musician Fawn Fritzen – vocalist, chanteuse, vaudevillian, actress, and pianist – just has to be herself in all of those personae and such wonderful things happen that it takes your breath away. Fawn Fritzen’s is a fascinating yet compact masterpiece and bears repeated listening for there is so much going on in this performance. The atmospheric duets – seemingly growing out of a dimly lit stage – even in darkness – are conjured up on this compelling performance. 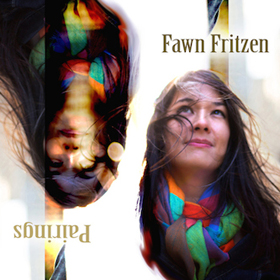 Fawn Fritzen is at the top of her game from the very first bars of the first song here. Her vocal range – soprano to mezzo – suits the drama of the music. But what you are never really prepared for is her gift for phrasing and her captivating manner of telling a story. In this regard she seems to come from a long and legendary line of vocalists – Abbey Lincoln and Sheila Jordan included. Fritzen is one of a kind, though. She takes her time to find the recipe for making every song come to life. And what an outstanding manner in which stories unfold in cascades of notes that dally awhile or tumble upward in a room filled with her diamantine voice. Moreover, such is her genius that she can shape a performance in a way that manages to be taut and lush, and suitably seductive at the same time.

Given the idea of pairing up with musicians to put a new spin on magical old songs and brilliant new ones (written by Fritzen), she goes on to make the most informed and enlightened choices a singer could make. The bassist George Koller, something of a Scarlet Pimpernel even in Toronto these days makes two appearances on the recording and is credited with starting the whole thing. It was after the songs recorded with Koller that Fritzen descended upon Toronto to flesh out the album. Here she encountered Canada’s great Reg Schwager, a guitarist who can transform a song into a legend as he has done so many times before.

Virtually unscripted performances also bring together Toronto’s ubiquitous Jon Maharaj, saxophonists Richard Underhill, Kelly Jefferson and Shirantha Beddage, drummer Karl Schwonik, multi-instrumentalist Daniel Janke, who also co-produced this recording and a duet to die for with the vocalist Steve Amirault, and pianist David Restivo. But the record belongs to Fawn Fritzen and whether she is singing a splendid version of ‘Begin the Beguine’ or ‘Do Do Do’ or creating ‘Make it a Double’ and ‘Can’t Find My Way No More’ seemingly out of thin air, she exceeds herself on this impossibly beautiful album.

Track List: Do Do Do; Make it a Double; Tea for Two; La tête dans la lune; Small Day Tomorrow; Just a Little Dance; Always; Can’t Find My Way No More; Begin the Beguine; Lies of Handsome Men; Straighten Out; Please Send Me Someone to Love.