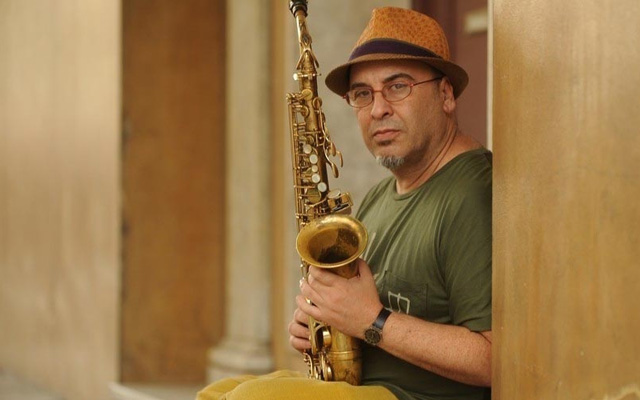 Reviewing a 2009 album by Oscar Feldman entitled Oscar e Familia I was moved to recognise that Mr Feldman had – by natural-born ability, brazen belief in himself and punishing woodshedding – created for himself a singular voice on the alto saxophone. His artistry on that recording called for some hyperbole and I was quick to grant him that. I also spoke of his playing as I would that by Ornette Coleman, Jackie McLean and Steve Coleman – alto players all, who had a manner of “singing” on their horns so unique that it took, but a few notes played by them to be recognised. I wasn’t exaggerating and listening to Gol, Mr Feldman’s follow-up to that album, almost a decade later, I feel the same way and indeed, if anything, am perhaps a little more impressed with his playing this time around.

Latin Americans are known to play instruments almost identically to the way they speak; which is often lightning-fast, and when not dazzling with their speed and sleight-of-hand they inhabit upper registers as they sing. Oscar Feldman does likewise for the most part, but on both his recordings, especially on Gol he seems to dally over densely accented phrases stretching out the meter in his eternally lyrical playing as he roams ceaselessly across the registers of his alto and soprano saxophones. It does bear mention here that I find myself a little surprised that Mr Feldman chooses to play both alto 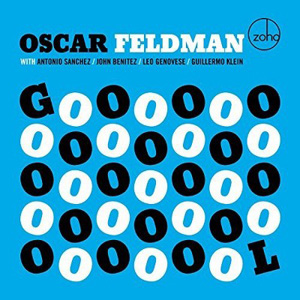 and soprano saxophones on this repertoire, dividing his time almost equally between the two horns. While it showcases extreme form of versatility, It may not exactly bode well for honing craftsmanship on one or the other.

But it is such a joy to lend an ear to Oscar Feldman as he flies unfettered from note to note, lifting the innocuous black dots off the page and it does make you forget that now you are listening to the alto and now the soprano horn. Instead you focus on the enormous import of articulation, vivid pristine colour, or subtle translucent shade and feathery, silken texture of the horns. But most of all you are seduced – sometimes to ecstasy and at other times virtually to tears – by the note itself, pregnant with intense emotion. After all, Mr Feldman is a South American and although it “ain’t necessarily so” he is a hot-blooded Latino, given to rushes of passion – if not on a whim, then surely when the moment calls for it. This it does in subtly different ways throughout the seemingly shape-shifting repertoire on this album.

There is a sense of hapless whimsy on “I Let A Song Go Out Of My Heart”, an almost theatrical tenderness in “La Canción Que Falta”, to which the writer of the song Guillermo Klein adds his suitably wan counterpoint. The gorgeous bolero “Murmillo” is loaded with an onrush of seductive intensity; “Viva Belgrano” has a burgeoning ecstasy that is also reflected in the elongated fervour of the announcement of the “Gol!!!” à la futebol ao vivo, South American style. The chacarera “N.N” is leaden with dark melancholia; “Nobody’s Fault” is given to flight and the mood is appropriately feather light, while “Is That So” is rich in architectural mystery and soars with ebullience before the elevated mood of “I Feel Fine” brings the record home.

It is in surveying the rush of blood from the heart to the head that the switching from alto to soprano saxophone and back again now makes eminent sense. It is also gives pause for reflection to also celebrate the wisdom of choice of musicians for this extraordinary journey.