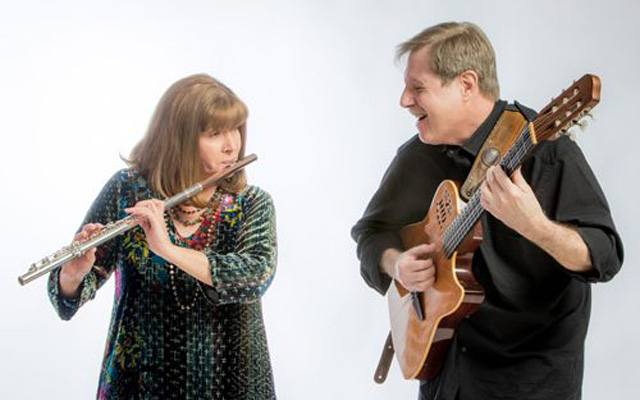 Everything except the clothes worn by Lori Bell and Ron Satterfield for the Blue(s) disc package is blue but it is the titles – indeed the performance of this repertoire that catches the eye and the ear as it is, of course, the most alluring aspect of this offering. So seductive is the music that in fact one almost forgets the attempt to use graphics to send a message to the mind’s ear hidden in the cerebrum. So much for subliminal messages and hidden persuaders in the packaging and marketing of music; not that it would have made an iota of a difference to brain for music, suggested the bard of Stratford-upon-Avon, is the food of love and it doth soothe the savage breast. Certainly Blue(s) from Lori Bell and Ron Satterfield does fulfills both objectives.

It is impossible not to be seduced by Lori Bell playing the flute and one is often struck by visions of “following her all the way into the rock at Hamelin”. Such is the mesmerising power of her playing that she can – and has – turned even The Blues into something magnetic. Indeed she draws from an instrument favoured by (at opposite ends of the music spectrum) Frank Wess and Hubert Laws to Eric Dolphy and Gunter Hampel, some of the freshest and most daring feats of imagination to such a degree of genius that as a compendium of flute technique she has no rivals she has no rivals at this time. 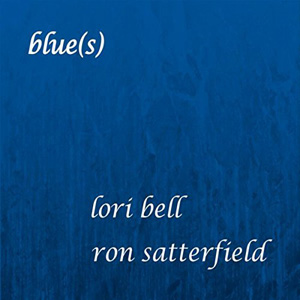 Thus she is able to infuse this music with haunting evocations of night, the black hole of The Blues and the airy escape from its clutches any and all of the onomatopoeic effects that one might find in a “blue” state of being.

Lori Bell is, for good measure, accompanied here by the guitarist Ron Satterfield and his high and lonesome voice which he uses – often with tremulous delicacy – to conjure both, the unfortunate and state of mind that attends The Blues as well as the state of heady redemption that goes with the feeling of being freed from its clutches. Taking all of these musical assents into consideration this might seem to have been an easy winner. It was probably anything but that. “Bell’s Blues” and “Istanblue”, bookends to this short, but deeply affecting album, are testaments to just how challenging it must have been to bring “real” emotions to life. A good way to describe the process would be like having each of the musicians put a vice upon the heart of the other to ensure that the pain of the emotions would drip slowly into the microphones. You will hear just that as “Istanblue” seeps through your speakers.

However, if you haven’t heard anything of the album at the time of reading this, don’t hold your breath or you’ll turn blue. There’s also the fact that there is enough swing here to enable an the dancer in us all to cut the rug to shreds before falling into the arms of a beloved as Lori Bell cries on “Istanblue”. This is, quite simply music to die for.