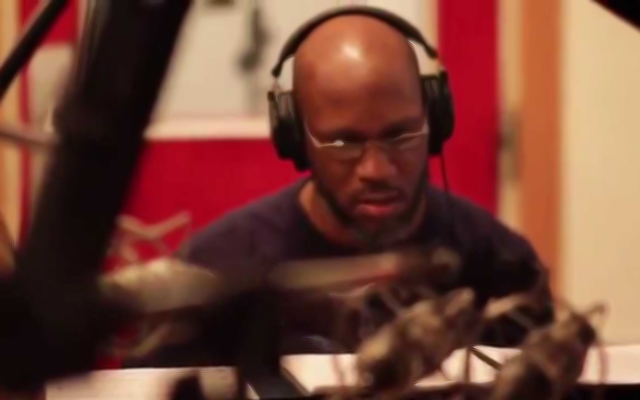 Speaking of classical music, the great violinist Nigel Kennedy told the Observer in London that the classical ‘factory line’ takes the joy out of Beethoven and Brahms. Lazy tutors, he posited, are creating musical clones by putting too much emphasis on technique. Kennedy should know. One of the world’s leading virtuoso violinists he bewitches audiences wherever he goes, preaching in classical, jazz and rock styles. Moreover, he is the bestselling classical violinist of all time. While the story may differ when it comes to Jazz, the facts remain more or less the same. Worse still, as the legendary percussionist Warren Smith once said: Cats are stealing my shit. Unfortunately the heist has already occurred and the thieves have decamped a long time ago with the jewels. And so, it seems, it’s time to mine some more. 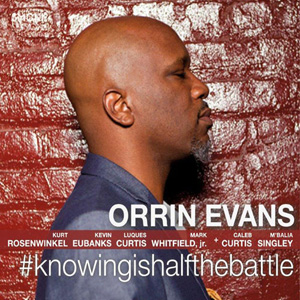 Orrin Evans, the Philly-based pianist has been mining the depths of Jazz and has paid his dues a long time ago, with another great Jazz icon, Bobby Watson. So when Evans preaches, the choir goes silent and the faithful listen in awe. And just as he has done before, with small groups as well as with his seminal big band, the Captain Black Big Band, Orrin Evans has done it again. He has written and is preaching, so to speak, another memorable ‘sermon’: #knowingishalfthebattle. It’s not easy to read the title (nothing with a Hashtag ever is) but once you get past that, knowing, of course, that Evans’ tongue was firmly in cheek, the very (gentle) irony of it all facilitates greater enjoyment of the record. What a glorious recording it is indeed. At the risk of sounding hackneyed, one must recall that Duke Ellington famously described the music that he liked and approved of as having ‘the sound of surprise’. However, this aspect of Orrin Evans and his music is at the very heart of this disc.

First of all, Orrin Evans is on top form throughout this performance. Throughout he presents tough-skinned, dynamically varied and an assiduously unified view of this wonderful music, some of which is composed by him. The devil is in the detail: notice, for example how nimbly he differentiates ‘Chiara’s legato and detached phrasings, or his pinpoint control of ‘You Don’t Need a License to Drive’s momentary crescendos and the effortless left-handed magical octaves in ‘Half the Battle’. His flexible, long-lined parsing of the intricate, feisty melody of ‘Doc’s Holiday’ and the rock-steady, sharply accented way with the flow of ‘Zeni Bea’ underlining the music’s foreshadowing of its cross-rhythmic phrases. Best of all, everywhere the piano is Evans’ hands are always creating magic in the scale of the dynamics, his ability to gauge the climaxes and articulate the notes of each melody for maximum impact and textural variety.

As an impresario, Orrin Evans has never been short on his presentation and production of talent. On this recording he challenges two of the finest guitarists in music to dig deep, eschew sugariness and certain long-encrusted interpretative ‘traditions’, and horn-like lines in favour of quiet rapid chords and upward chromatic patterns. Both Kevin Eubanks and Kurt Rosenwinkel come up tops in this regard as well. Their work is consistently polished, audaciously voiced and distinctly round-toed. This way the horn-playing is left to the elegance of Caleb Curtis, who even contributes a chart to the disc. Starring roles abound. Luques Curtis brings a certain grandeur to the role of the bassist and is especially poignant on ‘Zeni Bea’. Mark Whitfield Jr. is clearly a drummer to watch and his approach to percussion is a polished breath of fresh air. The crowning glory is M’Balia, an Evans protégé. Her performance on ‘That’s All’, sensitive and refined from every angle, is truly breathtaking. Bravos all round…