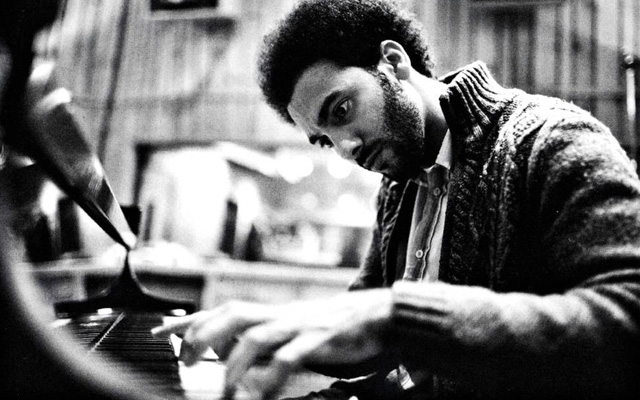 Ever since Mbókò (ECM, 2014) David Virelles has begun to display more eminently his immense understanding of the spiritual nature of the Afro-Cuban diaspora. This seems to have also manifest itself in the pianist’s ability to communicate the complexity of the tapestry that appears like gossamer when Cuba’s saints and musicians commune. The album Antenna, is a more powerful, visceral musical excursion into that realm. Here we seem to make encounters of a 3rd kind, to use an interstellar turn of phrase. 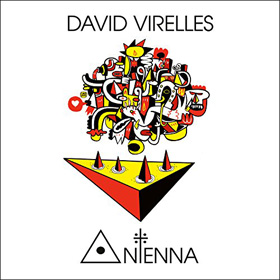 The pianist developed these ideas – and advanced other ones with his ‘Ideogramas’ and his performance of Oblivion not too long ago. Virelles’ ethereal music on Antenna rises and pirouettes from his piano as if the vaporized tones and textures congeal palpably into notes and phrases rising in the rarefied air of the room in which they are played. Molded, gleaming, tarry, and resplendent in the sound of his grand piano, sustained and ringing mysteriously with tintinnabulations as they emerge from his myriad other keyboards. They seemingly, magically enter into celestial harmony as they converse with Rafiq Bhatia’s guitar, the cello of Alexander Overington and alto saxophone of Henry Threadgill. Notes and phrases come to life in communion with the prophecies of Román Díaz and those of Etián Brebaje M, and forever echo in the dark rumbling of Marcus Gilmore’s drums, and in the percussion of Mauricio Herrera and Los Seres.

Somewhere in the misty glow of the music its spirit and its science collides – in the spare, white hot energy of ‘Binary’ – where the precision of notes is somehow, reborn in the orchestrations of the ghostly Abakuá. This is a record that captures forever, the elusive quintessence that inhabits the sonic dimension where the sound of notes are actually born, come to life, and in seemingly fleeting moments from melodies and harmonies with other notes and sounds as they flourish and then excruciatingly die in fading light. ‘Threshold’ captures this life-cycle magnificently.

But there is something even greater at work in the music of this album. More than the aural experimentation that first strikes a chord in the mind’s ear, it is an invitation into the spirit world of music. It is as if Beethoven’s exhortation to all artists everywhere has come to pass: David Virelles has, it seems, has practiced his art by penetrating the very heart of music and, like an alchemist, using his knowledge of that music and its secrets, raised the level of his art to the Divine.