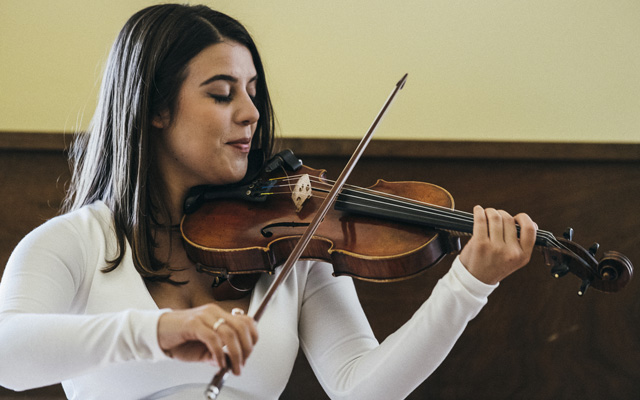 Any musical instrument can be a beast to live with if you don’t give it the love it demands, but none more so than the violin. Purportedly easy to learn, but very hard to master, it takes over your life just as soon as you covet it. This is not the case with the violinist Nora Germain, a young musician who, judging by her work on Go For It seems to have fallen in love three times; once with music, then with the violin and then again with the music of New Orleans. After making her own mythical journey to The Big Easy Germain fell in with the right crowd after she was introduced to the bassist and jazz griot, Marshall Hawkins. The result is there for all to see, hear and partake of, on sixteen pieces, crafted to perfection.

Nora Germain is a fascinating musician. As both a singer and a violinist she is quite without guile; at least she sounds that way when she sings. Her innocence here is quite beckoning, but don’t be fooled by it. Germain is erudite, and extremely sensitive to nuance. It shows in her music – in the subtle inflections and accents with which she imbues words and phrases as she sings them. As a violinist she has talent – even ingenuity – in spades. And this bubbles over on Go For It. In fact all the songs here are beautifully varied in colour and pacing, 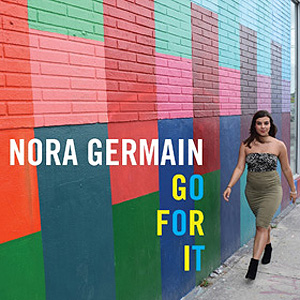 and therefore wholly absorbing. Her voice has a radiant innocence to it. And her shimmery violin is a living, breathing thing, redolent in the glow with each new galloping glissando and pointed and rhythmically supple double stop.

I can’t imagine pieces by a violinist so young, played with a greater variety of colour and attack. The tinkling high registers of “Crazy Rhythm” are filled with dazzling feats of musicianship accumulating in momentum as it progresses to its dénouement. “A Nightingale Sang in Berkley Square” is played a tad slower than some other versions – Pharoah Sanders’ definitive version on tenor saxophone, for instance – but Nora Germain is committed to the romantic lyricism of the song and her version glows in the dark. A melodist at heart, Germain shapes the songs’ lines with great tenderness as in the heartbreaking “If I Had You” in which she matches clarinetist Evan Christopher’s every gliding move, her slow pulse remaining as firm and voluptuous as ever.

Compare that with the hurling momentum and biting accents of “Just For a Thrill” and “Jive at Five”, in the latter of which she hosts the great Martin Taylor MBE, who was Stéphane Grappelli’s guitarist for many years. Together they recall the viscerally excitement that Taylor and Grappelli shared; Taylor executing his single note lines with aplomb, while Nora Germain executes hers with extrapolations and the wine-dark tone of her instrument. And just when you thought you couldn’t be any more seduced by her as a violinist she turns up the heat on “Secret Love!” shortly after she breaks your heart with her vocal version of the song. Then she goes on to put the icing on the cake with a breathtaking version of “’S Wonderful” that smacks it out of the park.

There are a terrific group of musicians such as 1enormously talented drummer, Jamison Ross, exquisite bassist Roland Guerin, and the masterful Joe Asher on piano, together with extraordinary guitarist Miles Jensen, plus a host of other guests. It doesn’t get better than this. And this is only the beginning of Nora Germain’s musical sorjourn. Just imagine the glorious things we’re in for next…