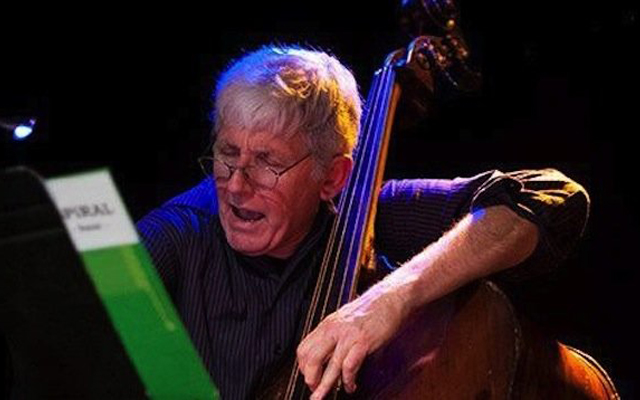 What an enticing programme this is. I have long since been enthralled with the music of Mark Dresser ever since I first heard his work on Anthony Braxton’s Five Compositions (Quartet) (Black Saint, 1986), together with Gerry Hemmingway and David Rosenboom, a stellar recording to which he brought his warm tone and enviable technique. The years have not dimmed his genius at all; on the contrary he has added a deep gravitas – tinged with a wry sense of humour – to his musical armoury. The new/old Mark Dresser is on full display, on Sedimental You. Here we have the bassist shrugging off many more musical conventions and even boldly bringing back a sense of song to ravishing effect.

Moreover Dresser proves a compelling advocate of the orchestral sound in this performance and the ripples of his embrace extend to the rest of his ensemble. Here musicians claw open previously unimagined sonic vistas and together with the master and commander of the sail through the music unscathed by its technical complexities. Mark Dresser leads from out front with dramatic flair and lyrical allure, his luminous pizzicato unrestrained as he breaks into song 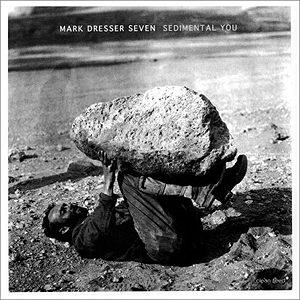 with plenty of colour derived from a seemingly massive palette of orchestration. The music benefits enormously and is instantly filled with voluptuous sound that is picked up immediately by the musicians who give back unequivocally, each in his own lyricism.

These players relish every second of the extroversion of songs such as the wit and whimsy of “Hobby Lobby Horse”, the simmering heat and devastating sardonicism of “Trumpinputinstoopin”. And when it comes to such elegiac pieces as “I Can Smell You Listening (for the mezzo-soprano Alexandra Montano)” and “Two Handfuls of Peace (for the saxophonist Daniel Jackson)”, where the musicians also celebrate what is boundless energy of the departed musicians. In “Newtown Char” they replicate the breathy hush of the tragedy with controlled emotion and inner privacy. Buoyancy is the hallmark of “Sedimental You” and here the musicians reach under the wraps, once again mining the inner beauty of the music with a heightened sense of creative energy.

Each of the soloists brings their own unique sensibilities to the repertoire. Nicole Mitchell certainly has complete mastery of the technical and expressive demands of the music. Exuberance of spirit coupled with the mellowness of her golden timbre and lends “Will Well (for Roswell Rudd)” a lightness, energy and mellifluous fluency, with the rich sonority of her flute’s lower register. Marty Ehrlich brings a woody ambience to the orchestrations and plays throughout with compellingly translucent textures that ascend to a rarefied real in “Newtown Char”. David Morales Boroff’s violin is both scintillating and transcendent and Jim Black captures the musics’ myriad moods translating each into singularly musical rhythms.

Trombonist Michael Dessen brings the raw-silk of his playing to everything he touches. However, the revelation here is pianist Joshua White who plays with sparkling intuition. His lean sonority and astringent accents bode well for the slower music and can turn voluptuous and vivid seemingly on a dime. Throughout he is eloquent, with incisive left-hand articulation while his right hand sparkles with character and wit, often galloping joyfully through the treble (and bass) registers of the grand piano.

All in all, this is a most persuasive work by Mark Dresser and it holds interest throughout the hour or so that it lasts. I would be curious to hear the bassist as he inevitably negotiates the more challenging works that are sure to appear on his ever-widening horizons.

Track List: Hobby Lobby Horse; Sedimental You; Trumpinputinstoopin; Will Well (For Roswell Rudd); I Can Smell You Listening (For Alexandra Montano); Newtown Char; Two Handfuls Of Peace (For Daniel Jackson).