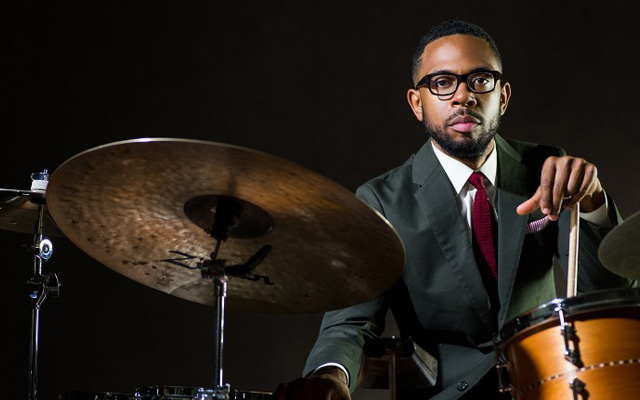 This is recording about Hope. The music of Black America from the Negro Spiritual and Gospel is the music of hope, because it arises above the hell of everyday existence in Black America. And therefore, in the secular sense, Jazz too is hopeful. Unfortunately most times this is lost in commercialization and the ultimate whitewashing of the Blues and Jazz. But The Beast by the talented drummer Jerome Jennings forces us to confront in two songs at the end of the album: “The Beast” that describes Jennings’ frightening encounter with (presumably) white policemen in New Jersey and “New Beginnings”, which describes reality and the hope; the rising out of it for the Black American.

The beauty of this performance becomes so much more poignant when confronted by the deeply emotional journey that Jennings and the rest of the musicians make. It is heard in the solitary splendour of Howard Wiley’s tenor saxophone, in Dion Tucker’s trombone and Sean Jones’ horns and in the beauty and the existential melancholia that Jazzmeia Horn brings to “You Don’t Know What Love Is”, which takes on a whole new meaning among the tracks on The Beast. You will also make the emotional journey with Christian Sands who applies a balm, so to speak, from Gilead while Christian McBride’s deep rumblings ruffle, then soothe. 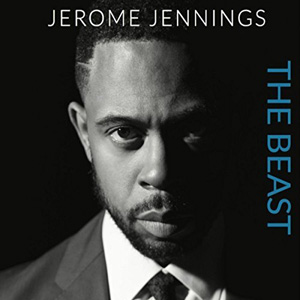 Most of all you will hear it in the moments whispered on the hi-hat and on the cymbals, or in the brushes on the snare as Jerome Jennings “stirs the pea soup” during McBride’s solo on “Did You Call Her Today”.

In many ways, listening to that track is to be reminded not only of the monumental tenor saxophone of Ben Webster, but also of the fact that musicians of Webster’s generation paid a high price for being who they were; just as many of our generation continue to pay their dues. And by “dues” it is not meant to live in poverty. It’s the same feeling in the mesmeric rattle and hum – of drums and horns ion unison – in Freddie Hubbard’s “The Core”. Sean Jones digs deep here as he navigates the notes of the song in the act of “feeling” Hubbard’s elemental ache and anger, as does Dion Tucker, Christian Sands – who punches out chords probing the harmony and then rising ever upward in glittering runs and dazzling arpeggios. Here he meets Howard Wiley, Sean Jones, Dion Tucker, and Christian McBride and, of course, the controlled fire of Jerome Jennings.

The gossamer-like melodic line of “Cammy’s Smile” affirms the drummer’s virtuoso writing. And his feelings are exquisitely expressed by Christian Sands in the opening bars, and then by the exchanges between Dion Tucker on his muted horn and Howard Wiley in his breathy enunciation. In his commando of the ballad, Jerome Jennings puts a clear stamp of excellence on his musicianship, expressed not only in his drumming but his idiomatic writing. Of course it doesn’t stop here. The rising volume of the drum roll heralds the coming of “The Beast”, where all the musicians are on top of their game, which brings us back to the beginning – in this case the “New Beginnings” and to new hope but not before Jerome Jennings – via an excerpt of actor, activist and teacher, Jesse Williams’ speech at the BET Awards of 2016. And lest we forget, it also heralds the coming of the musician and drummer: Jerome Jennings.