Home Music Noah Preminger: Dark Was The Night, Cold Was The Ground 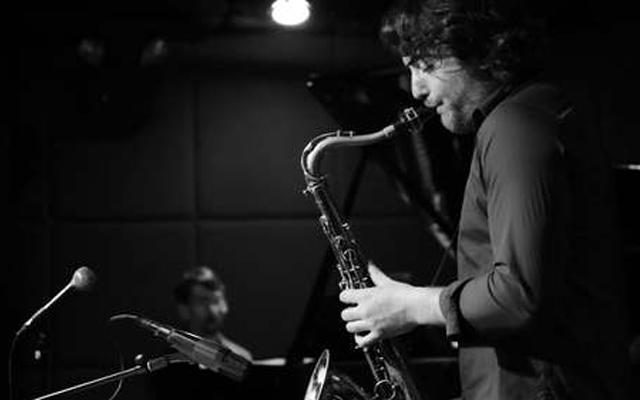 Writing a critique can be a frustrating business: sometimes recordings that bode so well on paper may disappoint in reality, or others where fine playing is compromised by the sound quality itself. It’s rarely an entirely joyous experience. But every now and again a recording comes along that makes you want to dance in the street, handing out copies to complete strangers. This is one of those instances, this follow up to Pivot: Live at the 55 Bar and it’s called Dark Was The Night, Cold Was The Ground. It’s difficult not to be effusive about this overwhelming recording of an extraordinary performance by the tenor saxophonist. 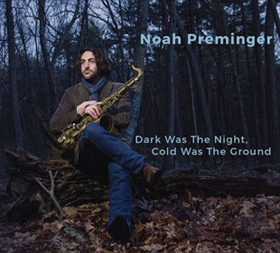 Following his elemental live performance at the 55, Noah Preminger returns to the blues, this time playing seven more tunes than he played on that live album. It was tantalisingly in the air when Preminger spoke of it in the build up to its release. Well, It was worth the wait: in the intervening time he has developed into arguably one of the finest interpreters of his generation, of the blues. This remarkable disc proves that beyond the shadow of a doubt. Of course Noah Preminger interprets the music of African America from the outside looking in but his vision zeros in onto the primal essence of the music. And even though his experience may not be the same as the men who wrote the music that he performs, there is something exciting and visceral about the manner in which he has absorbed the elemental pain, the pain and the subsequent elation of the music.

‘Dark Was The Night, Cold Was The Ground’ is just one of the many highlights of Noah Preminger’s outstanding performance here. The tenor saxophonist combines a haloed sound with a sense of drama and an unerring instinct for pacing. None of this – and I mean absolutely none of this – would have been possible if it were not for the fact that Preminger can play these songs against the painful wail of Jason Palmer’s trumpet. Palmer embodies the blues. His trumpet playing sets the songs on fire. He has a vivid palette. His shadowy playing – like a man possessed, I might add – on ‘I Shall Not Be Moved’ matches the aching howl of the tenor saxophone. The song develops into a miracle of colouring combined with a sure narrative sense, as if it grew out a cauldron of turbulence and menace.

Time and again you will marvel at the confidence and sureness of Preminger’s and Palmer’s playing, raw and red hot combined with the finesse and musicality that affirms the virtuosity and ingenuity of both Noah Preminger and Jason Palmer. You hear the cry and the struggle of each of the writers represented by songs that define the music that begat Jazz. In Preminger’s and Palmer’s hands the majesty of the blues and the range of thought, and playing, is raptly caught as in the unambiguous mood, together with the twisting of the guts. The magical finish to the record has been provided by the unobtrusively fine engineering by Jimmy Katz. He engineered Pivot and brings that music’s mighty roar to life. And he does it again with this beautiful record as well.

Track List: Dark Was The Night, Cold Was The Ground; Hard Times Killin’ Floor Blues; Trouble in Mind; I Am The Heavenly Way; Future Blues; Spoonful Blues; Black Snake Moan; Love in Vain; I Shall Not Be Moved.