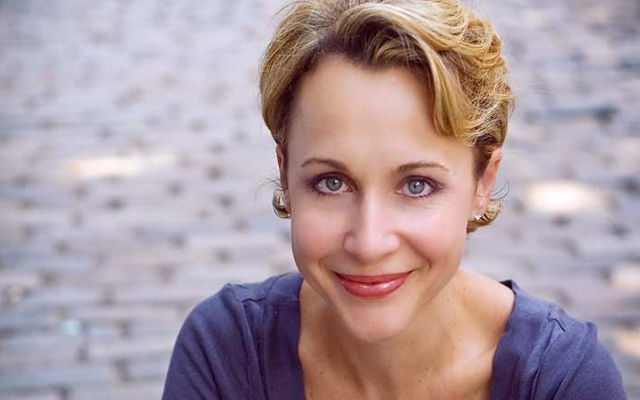 Carter Calvert could literally sing any kind of music if she wanted to: contemporary or classical song; even opera. She is that versatile and even though she is, strictly speaking, a mezzo, she can make almost anything happen in performance, in a studio or on stage. In fact, Calvert has done just that when she played Patsy Cline in recent years and while she has not taken on an operatic role, or sung Lieder, it would not be a surprise to hear that she will do so. For now she appears to be content with her persona as a Jazz singer. How do we know? When after only a few minutes It’s A Man’s World holds you in an iron grip, and the music in question is one of the most profoundly affecting in the repertory, you feel justifiably confident that a performance out of the ordinary has reached CD. 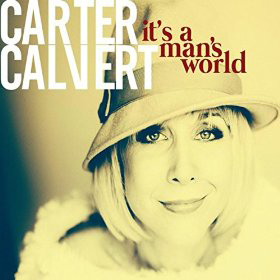 I can’t imagine a more fulfilling performance of standards than this, one of the finest singers of contemporary Jazz in her generation. But I suppose life begins after a recording that makes one sit up and take notice. It happened with Marianne Solivan and now it has happened with Carter Calvert as well. It’s a fairly simple performance on paper, but it takes singing with enormous heart to turn repertoire that is frequently covered by vocalists in every part of the spectrum. Calvert sings with uniquely thoughtful and penetrating insights offered by the songs. As one may hear on this album from the very start, the bouquet of songs is lightly held, thanks in no small part to Ulysses Owens’ and Laurence Hobgood’s influence in lightening and focussing Calvert’s voice so that we are not blown away by over-warm outbreaths of intensity.

And the sense of awe and wonder which hovers over this entire performance is particularly close-focused in a song-cycle that defines a woman’s relationship her counterpart in (as Calvert says) a man’s world. Calvert’s performance is the ever-shifting heartbeat behind the wonderfully supple expressive contours of the music, eloquently tracing those of Police, Bruce Springsteen and the melodies of a clutch of extraordinary contemporary composers. Musicians such as Hobgood, Joshua Bowlus, Ben Williams and Ulysses Owens Jr seldom allow Carter Calvert to become vocally side-tracked by the intensity of her moment-to-moment response: rather they recreate together the elusive movement of the music’s whispered breath and being.

From the start of songs such as ‘I’m in the Mood’ and ‘Don’t Let Me Be Lonely Tonight’, for instance, the pianists on both dates again ensure evenness of pace, through Carter Calvert’s beautifully poised, sighing breath. They powerfully support the piercing anguish of loss in her higher register, and the dark longing and despair expresses within her chest voice. This performance revealingly searches out the (songs’) paradoxes of life,, love and loss, dream and reality, time and eternity. And the emotional narrative of the musicians’ playing continues long after Carter Calvert’s final and breath-taking vocal disembodiment: quite literally the divesting her soul and spirit of her body. And that’s what’s absolutely marvellous about this disc.

Track List: It’s a Man’s Man’s Man’s World; I’m in the Mood; Every Little Thing (He) Does in Magic; I’m On Fire; Don’t Worry ‘bout a Thing; Take Me to the Pilot; Hurt; Don’t Let Me Be Lonely Tonight; Can I Stay; Hallelujah, I Love (Him) So; Can You Be True? Love Reign O’er Me; Let It Be.