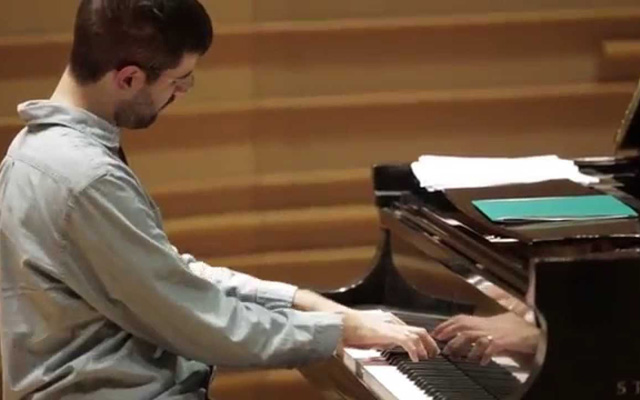 The range of atmospheres and emotions in the poetry of Yaniv Taubenhouse’s music is astounding. Rarely and only once or twice in a lifetime do you get to hear a musician and a pianist who is as sensitive as Taubenhouse to the voice of the heart, the breadth of human emotion and its relationship with the whisper of nature, and its roar as well. Not surprisingly therefore Moments In Trio captures and coddles the whimsical and the tortured, the sensual and the affectionate in these vignettes, these delicate songs that appear on this programme. What invigorating motion, what exultation and what utter delicacy and earthiness in each and every song. This is not simply a talent worthy of recognition, this is one that every pianist – every aspiring musician – must listen to and even learn from. 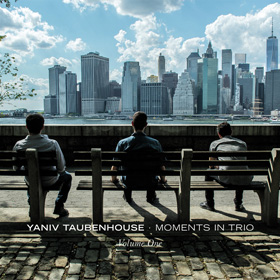 Yaniv Taubenhouse has truly mastered his instrument to the extent that it, as Charlie Parker once said, has become an extension of his body. Thus it seems to be controlled by neurological energy and impulses rather than voluntary movements. This has a magical effect, for example, on his use of pedalling, the myriad of ways in which he applies pressure on the keys and the energy transferred from his body to the piano. His music stands out for its intelligently parsed dynamics and long singing lines. Each repeated note in ‘Sunshine in Pain’ and ‘Prelude of the Ozarks’ has a different colour, while chromatic such as ‘All the Figs’ and ‘Migrations’ radiate inner strength and ravishing nuance. Yaniv Taubenhouse also employs subtle tempo fluctuations and strategic accents that help give shape and dimension to the music’s harmonic richness.

The pleasures of the music of Moments in Trio can be attributed as much to Taubenhouse’s playing of his colourful arrangements as it can be to the virtuosity and excellence of bassist Rick Rosato, whose beautiful, dark tone and sinuous harmonies provide an exquisite backdrop to the sound and silence of the music. And we cannot ignore the masterful drumming and percussion colouring of Jerad Lippi. Both the accompanists acquit themselves with poise. There are wonderful mixes of sound between Taubenhouse, Rosato and Lippi, a crack ensemble who play with feeling, depth and sonority and the rhythmic dalliance that this music demands. The warm and realistically defined engineering by Robert L. Smith does full justice to Yaniv Taubenhouse’s now-seasoned mastery.

Track List: After the Storm; all the Figs; With You; Sunshine in Pain; Conversation; Migrations; Prelude of the Ozarks; Unknown; Imaginary Darkness; How About You.