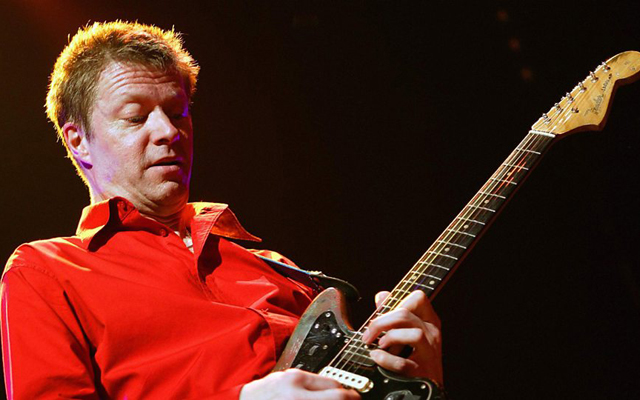 This recording contains some of the most richly textured and lustrous-sounding music dedicated to love by a contemporary musician. The surprise, of course, is that it is Nels Cline, a musician who is certainly beyond the pale, if not outright outré among his contemporaries. It even begs the epithet “beautiful”, one written without any malice whatsoever, I might add, not only for the performance by Nels Cline, but also for the manner in which Michael Leonhart has arranged and conducted this enormous enterprise, featuring some of the most extraordinary musicians performing today. Cline confesses in his liner notes that this was something he had “been dreaming about, and planning, and re-working (my) rather obsessive idea of this record for well over twenty-five years”. So it is that Lovers becomes his “magnificent” obsession; his Holy Grail. 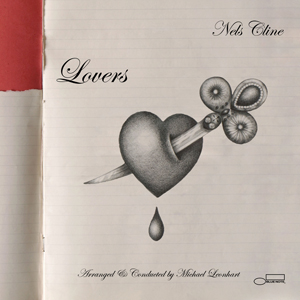 The recording is intimate, as though we are seated in a salon a few feet away from the performers – who therefore have no need to strain and ‘project’ as in a large concert hall. And while the sum is always greater than the parts themselves, the gleaming gem in all of it is Nels Cline. In some of the quieter passages, for instance (in “The Best Bed We Made” on Disc One), Nels Cline sounds absolutely magical. His voluptuous, elongated notes make interminable lines, rising and falling with exquisite dynamics and always played with absolute security of intonation. Moreover he brings an astonishing variety of vibrato, nuance and colour to this distinctly romantic music with spontaneities of tempo that never sound mannered or rehearsed. The inventive and emotional fullness of the music – especially in the medley “So Hard, It Hurts/Touching” on Disc 2 – is a masterpiece of musicianship, gloriously conveyed. And the slow sequences on “The Bond” sound piercingly lovely, its loping lines and ‘weeping’ guitar, vibrato notwithstanding, is played with all the radiant resonance of timbre and articulate genius that you have come to expect from Nels Cline, albeit in his outré persona.

Make no mistake, this is a colossal undertaking and Nels Cline is correct in expressing doubts that he could have accomplished what he “dreamed” about without producer David Breskin and – more importantly, perhaps – Michael Leonhart. The trumpeter, conductor and arranger has now become well-known for creating colourful musical odysseys through programmes rich in expressive tone and timbre. His ability to create a chamber or even an orchestral setting with brass, reeds and woodwinds, and strings is uncannily sensitive. Listening to the music throughout Lovers the variety of tone-colour of the orchestral feel is further highlighted by the harmonic boldness and astringency that Leonhart brings to it. This sets Nels Cline free to follow his heart at every turn, making his guitar purr seductively as he turns both his own compositions and the work of other well-known composers into sublime delicacies. It’s a record to die for.

Track List: Disc 1: Introduction/Diaphanous; Glad to Be Unhappy; Beautiful Love; Hairpin & Hatbox; Cry, Want; Lady Gabor; The Bed We Made; You Noticed; Secret Love; I Have Dreamed. Disc 2: Why Was I Born? Invitation; It Only Has to Happen Once; The Night Porter/Max, Mon Amour; Snare, Girl; So Hard It Hurts/Touching; The Search for Cat; The Bond.