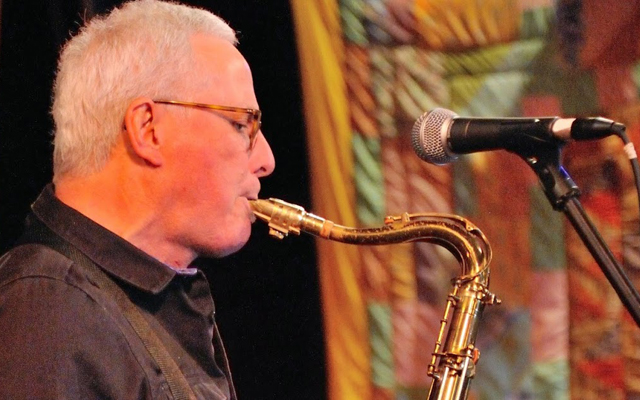 It isn’t often that one gets to savour the heavyweight mastery of Rich Halley on two recordings. Truth be told, the two recordings were released many months apart, but sometimes, well, life plays its own hand. Nevertheless, two is better than one although each of these two recordings is in a class by itself. In The Outlier the Rich Halley 4 has added a 5th face, another magical palette of colours and a myriad new texture with the addition of the low register bass clarinet and baritone saxophone of Vinny Golia. The other recording, The Wild, is a duet, between the tenor saxophonist and his drummer and son Carson, in what turned out to both explosive and delicate; a lesson in musical listening and creating a dialogue that is, at time, culled from a great emotional depth.

In both recordings Rich Halley provides visceral excitement with scruff-of-the-neck playing. His unrestrained intellect and virtuosity also enables him to create highly idiomatic phrases and lines which he uses to invite exceedingly articulate responses from the other musicians in the room. This is often a challenge because Halley, very demanding even of himself, reaches very deep into the psyche of his instrument and almost always returns to the surface employing the full weight of his musical gravitas, thick-textured as he throws down a gauntlet for the rest of the group to respond to. The result is always music that is clearly inspired by Rich Halley’s questing spirit. 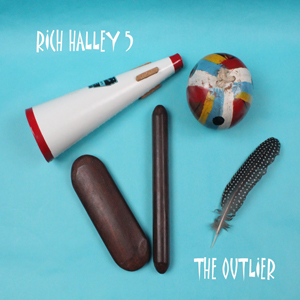 As always Rich Halley mixes committed programmatically demanding music with energetic and stimulating improvisational dialogue. What has always been four-way conversation now includes a fifth member, supping, so to speak at the table of plenty. In this instance it is Vinny Golia a fascinating voice on baritone saxophone and bass clarinet. Golia’s regular ‘job’ behind the engineering console gives him the advantage of being a shrewd listener as well as one who hears and plays with the physics of tone in mind. As a result his music is composed notes that have a precisely defined character, often so correct that there can be no doubting their veracity in the greater scheme of things. His precision is complemented by the magnificent rhetoric of Clyde Reed’s bass. “The Way Through” is an extraordinary example of both Reed’s and Golia’s partnership that rises from great depths to bolster Rich Halley’s softer entry from the proverbial back door, paving the way from Michael Vlatkovich’s poetic turn of phrase. Robust and delicate elements collide throughout the recording. Meanwhile, quite unobtrusively, Carson Halley remains the glue that keeps everything together (cue “Reciprocity”) with his free and pliant approach to percussion colouring. Through it all, there can be no doubt who’s in charge here; and although Rich Halley provides much space for individual expression, the tenor saxophonist sets the tone for all else to respond to. 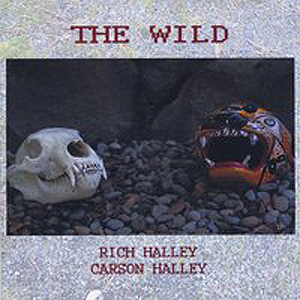 I’ve heard, and admired many performances in which saxophone and drums work as one: ‘two minds with one single thought’. Here, though this comes to pass when necessary, one is acutely aware of two distinct personalities, each with plenty to say about his (and this) music. There is even a sense of friendly rivalry at times – and all in the good, of course. In his inimitable manner Rich Halley employs a style that is generous and extrovert, Carson Halley’s at times more inward looking – though on “Flat Plane Of The Sky” comes across as a switchback ride for both players. That’s one of the highlights of the set for me, but I’m also impressed by the way Carson Halley and Rich Halley make the music before and after that piece into terrific dramatic works. The tension is well contained in “Progenitor”. Even better is the sense “The Wild Lands” is on the point of bursting out of that formal container. The music of that piece is whipped up to a thick-textured agitation quickly building up to the kind of heated climax that might take other duos, less sensitive to and copasetic a lot longer to reach. And this is only the beginning of the drama that stretches across ten pieces lasting a whole hour ending in “Notes From The Wild Lands” a piece full of the drama that was hinted at from the get-go. In many respects this recording feels like the most profound one that Rich Halley has made. Not that his other nine recordings have been all brimstone and fire. However, the fact that this is a performance that was probably imagined from birth, so to speak, makes it truly unique and special. A recording to die for.