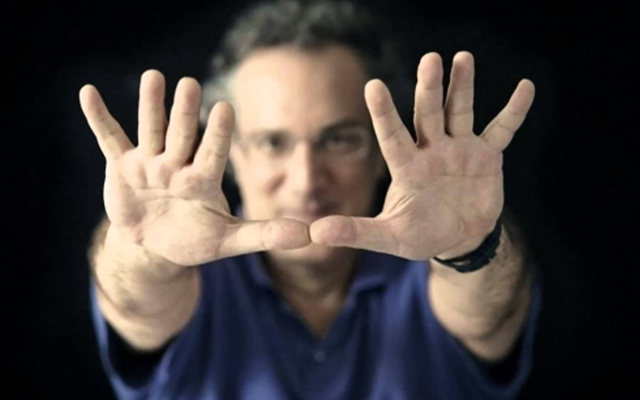 This fascinating performance by pianist Uri Caine with bassist Mark Helias, drummer Clarence Penn and guest Kirk Knuffke on cornet may not be an existential response to Frank Zappa, who once asked – rhetorically, perhaps – “Does Humour Belong to Music?”, but the music that Cain has created is incredibly witty and incredibly brilliant as well. This is a moment worth savouring, because discs documenting work such as this come along only very rarely, even from a pianist of Caine’s stature. Although his repertoire consists of some 33 records either leading or co-leading the performing ensemble in the studio or on stage, and he is consistently brilliant on each, Calibrated Thickness soars above the rest. 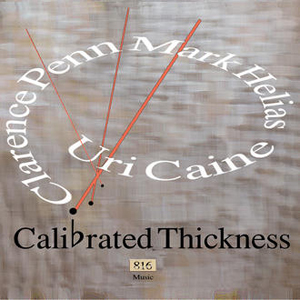 On the fifteen, sometimes puckishly entitled pieces, Uri Caine has moved right out of what may be perceived as his comfort zone – even in comparison to The Othello Syndrome (Winter & Winter, 2008). It is wildly adventurous romp into a musical universe that often – as in “Submission” and “Hidden Chances”, for instance – sneaks outside the ‘milky way’. And pieces such as “Golem”, “Bleeding Heart” “Scatterbrain Suite” and “Sticks and Stones” offers four performances – ‘readings’ might be a more appropriate word – of scores expressed as mind-bending material in a myriad of colour etchings. The kind of imaginative dynamics employed not only by Uri Caine, but also in the wonderful intonations of Mark Helias are quite breathtaking. And, of course, not of this would be as good if it were not for the hugely pictorial rhythmic frescos, the details of which feature radiant cymbal work and irresistible momentum switches of the rest of his kit, inextricably entwined in the work of Uri Cain and Mark Helias. Kirk Knuffke appears on three pieces on which dramatic moments abound every time he puts his horn to his lips.

As a musician, Uri Caine inhabits classical and contemporary realms. Often it is impossible to say where the boundary of one ends and the other begins. And with their impeccably equal parts, quick interchanges between phrasing and numerous opportunities for ornamentation both instructive and competitive, both worlds make the pianist quite breathtaking to listen to. Caine melds, mashes and encourages his worlds to collide with a consistently in-you-face tone. He sounds determined not to reflect the reticence and detachedness of what sometimes is classical music’s classic persona and often gives his imbues his sacred space with a sensitive melodic profile bolstered with rich harmonic turns that give the fingers an athletic workout. “Downward Spiral” is a fine example of the utmost elegance of his pianism, and its gloves-off elsewhere as well. So, yes; check-mark the box “Humour”, but with a proviso that the swashbuckling musicianship throughout Calibrated Thickness is deadly serious.