Home Music Moppa Elliott: Still Up In The Air 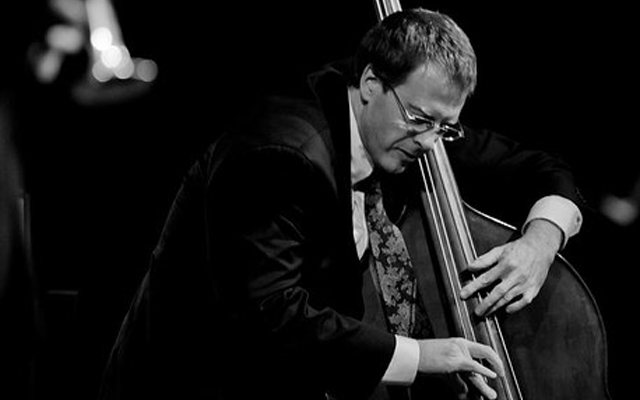 Ah, the violin. Just four strings and in its fretless incarnation, how infinitely pliant and beautiful it can make music sound. As the instruments descends into deeper realms of register and, of course, pitch, where violin gives way to the viola, then the cello and ultimately the bass violin or the contrabass, things can and do get hairy. Music becomes infernally difficult to play. Voices become constricted by register and range. And the ability to let loose the ‘dogs of war’ becomes a true challenge. Is it any wonder why you can count the number of great masters of the contrabass in the digits of one hand and a half: Jimmy Blanton, Charles Mingus, Oscar Pettiford, Ray Brown, Cameron Brown, Renaud Garcia-Fons and Barre Phillips? 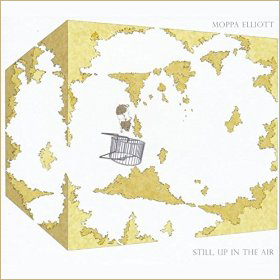 However, there is no dearth of postulants to the throne of the contrabass these days, especially since recording engineers have begun to come to terms with the advancements of electronic technology. This has meant bringing out the dark tones of the contrabass, making it sound like an instrument of elemental power and muscularity. A mighty god of thunder and lightning come alive in the hands of a beast of a good bassist. An object of desire in the absolute front of the musical ensemble. Small wonder why more and more musicians are gravitating towards it. But it still takes a talent that you are either born with to rise to the top; to express the emotion of the instrument, to let it take over your soul; to immerse yourself in its infinite universe with unbridled virtuosity.

The bassist Moppa Elliott has this is spades. He has proven this time and again in performance with the irreverent band, Mostly Other People Do The Killing (MOPdtk). AND he proves this beyond the shadow of a doubt on his solo outing Still Up In The Air. This is album that draws you into its world of intrigue; its magic and mystique as if its music were a serum that ‘soothes the savage breast’. Moppa Elliott makes this so with his manipulation of the instrument with almost diabolical virtuosity making this disc a rare solo contrabass recording that you want to listen to over and over again. And each time you do new twists and turns are discovered. New nooks and crannies reveal new notes and phrases that you feel you never heard before. The sound of surprise…

The music is contained with a set of seven tracks, called ‘Sequences’ each one explores a river of music and its tributaries with Elliott at the helm of affairs, taking you where the bass will allow him to go. You discover not only a many-splendored topography of the instrument, but also the mastery of a young bassist who plays pizzicato and con arco with equal facility and uses his bow like Mingus once did – to tame the errant strings, playing wild double-stops, hammering the strings, all the while making music on an instrument that few players – even great ones – have dared to use to express themselves without the assistance of other instruments.

So how successful have Moppa Elliott’s ‘Sequences’ emerged from this intriguing recording. Elliott is first a musician, then an instrumentalist. This is why his writing – and his playing – is idiomatic and freshly so at that. He calls these ‘Sequences’ compositions but there is enough invention in them to suggest that much of what is heard here is improvised. This is not to say that what is written is not inventive. However, surprises come fast and furious taking you on a wild and memorable ride that can only come when there is enough surprise and creation in what is played, seemingly on the spur of the moment. And that is what’s most impressive about this recording.