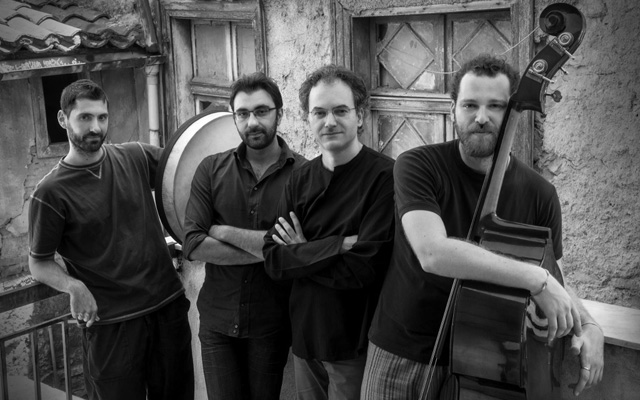 Apart from Arvo Pärt, few other modern composers have more to rehabilitate the idea of eloquent simplicity that Sokratis Sinopoulos. Here is another fine recording Sinopoulos’ Eight Winds, with music for lyra, bass, piano and drums, and it still sounds as strangely touching as ever. Yet Sokratis Sinopoulos’ music isn’t always as simple as some make it out to be. Yet the lyra master has the ability to craft jewel-like miniatures without a wasted note. The performing challenges are immense, not only in the often extreme virtuosity of the music, but also in having to move from the jagged to the lyrical in the blink of an eye. 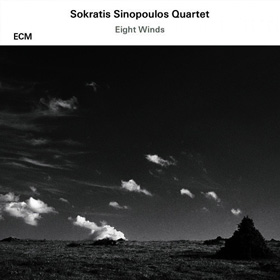 Pianist Yann Keerim, bassist Dimitris Tsekouras and drummer Dimitris Emmanouil yield nothing to previous performers (of Sinopoulos’ music) in penetrating the depth and breadth of emotion that Sinopoulos conveys, and it helps that this is among the best music that Sokratis Sinopoulos has written and recorded allowing their wide range of tone, colour and dynamics to be heard to full effect. The performers also have to weave these contrasting songs into a convincing whole. The pacing here is completely involving, with longer songs acting as points of thoughtful accumulation. Especially moving is ‘In Circles’, the first part of which is composed on a bass line created by the eminently lyrical Katerina Papadopoulou. The extended lines are sustained with searing intensity and Sinopoulos’ always impressive double stops are seamless and tragic, underpinning the meditative nature of the composition.

The long sustained drone of the lyra and bare, modally flavoured ‘chant’ lines are recurrent features, but how quickly say ‘Yerma’ or ‘Aegean Sea’ veer off into intricate polyphony and strikingly tart harmonies. In ‘Street Dance’ simple rhythms and textures unfold alongside some of the weirdest, most dislocating harmonic twists in modern lyra music. All of this can be very challenging to play, but this quartet not only manages to get the notes, but surmount them with lyrical grace and very little hint of strain. And Sokratis Sinopoulos shapes his music very effectively, and obviously has a way when it comes to instilling confidence in his players.

The programme, too, is well planned. In the first third of Eight Winds the deep-drone texture may be off-putting for Greek music agnostics. But stick with it, adjust to the music’s metabolic rate, savour the clear but atmospheric recording, and when the music returns , transformed, to close the disc, it feels entirely right.