Home Music Will Bernard: Out & About 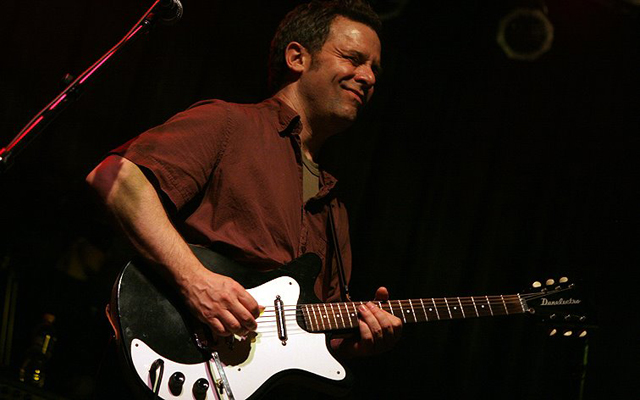 It’s never an easy ask, playing Will Bernard’s whimsical music. Then playing it well. Then playing it this well. But this quintet led by none other than Will Bernard himself makes it seem so elemental and easy. And mind you this repertoire might seem easy if you read the names of the tunes out aloud. But make no mistake the music is diabolical but if this benchmark recording is a significant one it is only because of the musicians who are on it. Bernard aside, who could fault the intellect and intuition of John Ellis, Brian Charette, Ben Allison, and Allison Miller? 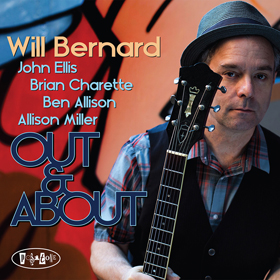 They certainly bring out the best in Bernard and his music as they expertly negotiate the music’s paradoxical demands. On the one hand there’s the illusion of wild, rasping abandon, a willingness to embrace the rough-grained sound world without inhibition. On the other, not a note seems to be out of place. The musicians handle the harsh gear-shifts with flawless rhythmic control, most obviously in the lurching ‘Habanera’. It is chiefly their emotional agility, however, that makes this disc so compelling, placing emphasis where it should be: on the works’ underlying narratives. In this it would seem that the musicians were made for this music just as much as the music was written just for them. NOt many recordings these days would dare make such a claim.

What keeps us gripped, in this music is not the stranglehold of the guitarist’s zealous rage, but also his sense of wailing despair. This element in Will Bernard’s playing is beautifully upheld by the stabbing notes of John Ellis’ tenor saxophone, the growling bottom tones of Ben Allison’s bass and the depth bombs of Allison Miller’s drumming as well as the exuberant runs and arpeggios of Ben Charette’s Hammond B3. There are eleven superb tracks that make this happen and still I was left wanting for more. In terms of sheer drive this guitar music compares with the best.

The performance is vigorous and full-bodied. Much of this has to do with Will Bernard’s idiomatic-sounding chords and phrasing. Bernard also plays particularly well laying his music down contrapuntally with Brian Charette’s organ and John Ellis often jumps in to make it a three-way counterpoint as he races ahead of and dallies behind the beat exchanging places with Bernard and Charette. The quintet fully reflects on the works’ autobiographical nature, indulging in moments of poignant introspection. But it’s in the sun-soaked charm of tunes such as ‘Redwood (business casual)’ and ‘Pan Seared’ and the ebullient opening to ‘Homebody’ that the musicians reveal themselves in all their glory as the music unfolds at its angular best.