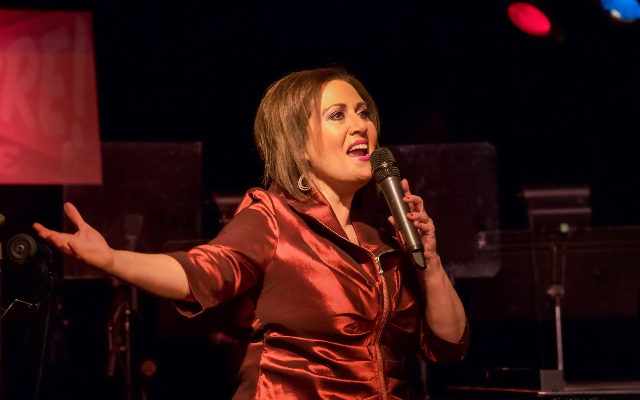 After releasing her extended-play the vocalist Monica Chapman has gone on to record her third full-length album, Small World. The recording is chock-full of wonderful music – show tunes, movie theme songs and a few memorably-rendered standards. Not too many vocalists seem to respond as naturally to the rich, passionate narrative of the standard and show tune, using a sweeping approach that makes its visual music one with the lyrical storyline of rhyming words. Chapman seems to draw on the airy, luminescent textures of these songs and she has the innate ability to drive the drama excitingly and with telling nuance, while avoiding the glibness and mushy sentimentalism that one reigned on 1950s and 1960s Broadway.

In her entire performance – whether she mining the depths of Billie Holiday’s “Don’t Explain”, or inhabiting the menace of “Goldfinger”, unveiling the mysteries of Tizol’s (and Ellington’s) “Caravan” or inhabiting the flirtatious character in Cy Coleman and Dorothy Fields’ “Big Spender” Monica Chapman is spot on in her very special chameleonic manner. In every instance we find that Chapman brings all the sensuality of her singular soprano as she slides into character with lustrous glissandos in that characteristically pitch-perfect singing of the narratives. And therein lies the rub: for where Monica Chapman might fall a tad short 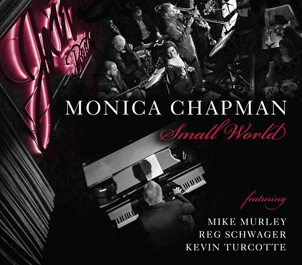 of the volumetric display of a sort of lyric-soprano in the operatic sense, she more than makes up for in the emotional untieing of characterful storytelling as her high notes soar with cutting power without letting her lower range curdle.

Throughout these extraordinary musical experiences the listener will be riveted by how consistently how absolutely poised Monica Chapman is as she lets the music speak to her in the secrecy of her heart. She also clearly shows off her penchant for grasping rhythmic subtexts which she executes with dynamic and dramatic conception. Her disciplined and imaginative singing – especially in vocalese rhythms – makes it clear that Ms Roberts is extremely astute at the nuances of character, and she shows this by dropping right into it on the album’s certifiable masterpiece: “Baby It’s Cold Outside”. By indulging the more Frank Loesser’s song with the incredible vocals of Mark Kelso in attendance Monica Chapman turns an oft-recorded classic into an extraordinary work, all her own. It’s hardly surprising to see why Small World is one of those rare albums by a Canadian vocalist to absolutely die for.

Despite the gentle pace of the music throughout the set it feels natural and never once is there any feeling of an attempt to over-sedate the tempos. If anything one cannot help being held breathless especially when the legendary bassist Dave Young is on song, just like guitarist Reg Schwager is whenever he’s around keeping company with trumpeter Kevin Turcotte, saxophonist Mike Murley and Rob Somerville. Production values are superb throughout with pianist Bill King occupying the Boss’ chair once again; and guitarist Nathan Hiltz and Canada’s youngest percussion wunderkind, Magdelys Savigne also turn in stellar performances. But you’ll be hard-pressed to forget the crowning glory of this album: Mark Kelso’s superb performance in his duet with Monica Chapman.