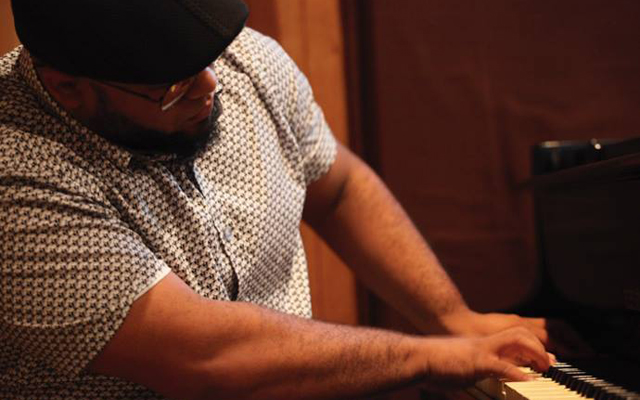 The Brasilian pianist Michel Limma is formidable both in terms of his physique and the outsize musical talent that comes with it. His enormous hands are miraculously nimble at the keyboard and it suddenly strikes one that the fingers of both right and left hands come with a hidden network of nerves that cause his fingers to frequently become wholly weightless as they take flight. Vento e Fogo is the title of his 2017 album and there could not be a more appropriate one to describe its visceral contents; or, for that matter, the breathtaking lyrical poetry of Lima’s music on it.

In many ways the music that you hear on this album is James Joycean and it seems no accident that the ineffably brilliant Filó Machado puts this all into context on “Samba de Crente” with his endless stream-of-consciousness vocalastics. Think Clark Terry and “mumbles”, only more richly colourful in melody and rhythm. But it is also the Wind and Fire of the title that drives the pianism of the music’s creator, seeming to come from a quintessentially elemental force distilled from the rhythms 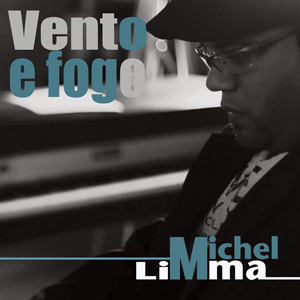 of Africa and Amazonia in a manner quite unique in someone so young in years. It is music informed by an evolving story of endless invention and improvisation that often defies the physics and mathematics of the piano.

Michel Limma is a pianist who may not have written many works, but he seems to pour into what he has given us a very special brew in which melody is constantly churned with a rhythmic spatula to produce art so moist and viscous that it appears to be oil-on-canvas. It is impossible not to be seduced by “Sertões”, for instance, or “Sambacatú” and “Improvisation #01” – amalgams all that are aglow in the precious metal of their musical poetry. The Wind and Fire of that and indeed all of the music on this recording is a monumental adventure; a peripatetic caravanserai that journeys through a dawn of the African renaissance in music, bristling with dramatic, new rhythmic inventions formed by Limma’s virtuosity.

If the shadowy figure of Thelonious Monk appears in these crepuscular mists of Michel Limma’s pianism, the musical echoes of great jazz icon soon fade and die in the voice of Michel Limma as he reaches for the Holy Grail of his own imagination. And as in the case of the search for the fabled chalice, the musical journey of Michel Limma is interminable. This is cleverly suggested by the forward momentum of Limma’s short, jabbing lines in “Sambacatú” as well as in the long, loping inventions of “Improvisation #01”. And it is fortuitous indeed that Michel Limma should end his extraordinary performance with the fiery winds of that piece.

It is a miraculously open-ended piece and in its often whimsical and angular phrasing we experience not the end of this extraordinary musical tale but telling clues of what is to come from Michel Limma, a young pianist of considerable genius and maturity.