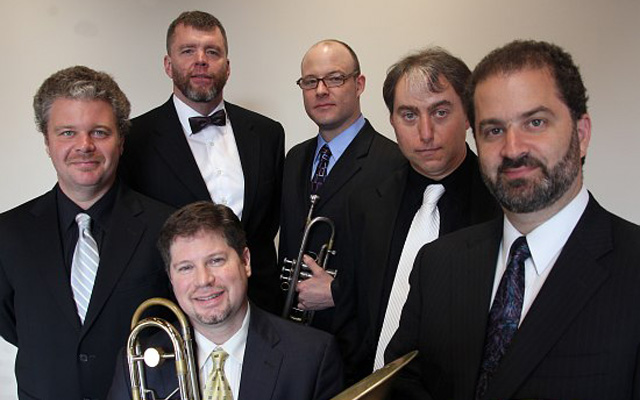 Meridian Arts Ensemble: who, some might be tempted to ask, in bewilderment and wonder, are their followers? Others who know their work will surely take a different view of such originality. Music written with such daring and performed time and time again – on Seven Kings this time – with brazen ecstasy and commitment to bending their instruments to the furthest extent of human will. Where the interpretation of music is a reflection not only of worship at the altar of originality, but is also a breathtaking display of penetrating virtuosity by instrumentalists obsessed with perfection. In any other situation the separation of a brass constituency from the brotherhood of a chamber group and putting it together with a percussion colourist might seem needlessly risqué. But the Meridian Arts Ensemble has a knack of making quite a banquet of it. 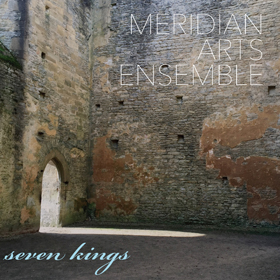 Contemplating the skill the writers – and interpreters – of these works one marvels at how these younger artists answer Liszt’s question: with unmistakable lives of continuity rather than division. Arguably the roots of the future began with Liszt, whose experimental, dark-hued final utterances dealing with obsessive patterning, harmonic ambiguity and unresolved endings has influenced all modern thinkers, composers and performers such as the ones on this record, seized with the challenge of re-imagining and re-interpreting material by Schubert – as in Grabois’ work, ‘Migration’. And then there is Ballou’s ‘for brass quintet and percussion’ which apart from being a fine piece is a fascinating study into the matter of composition and improvisation.

David Sanford’s ‘Seven Kings’, is more than an extrapolation of Orson Wells’ take on Shakespeare’s (‘Five Kings’) and his film, ‘Chimes at Midnight’, superimposed on the ‘futurism of early jazz’ explored by King Oliver and Louis Armstrong. ‘Revolver’ by Maggio, reaches beyond a filmmaker’s obsessive exploration of the realms of the physical and the spiritual. The musical geometry of Jacobs’ ‘Passed Time’ is actually quite futuristic as well. Where does all of this music lead us?

At a time when virtually everything available on CD has much in common, and many composers and performers search for something both different and enlightening. For Daniel Grabois, David Sanford, Dave Ballou and Edward Jacobs, on this disc, together with a lively generation of young American and European composers it is a question, willy-nilly, of something associated with Liszt’s Etudes d’exécution transcendantes to a going beyond the range of understood virtuosity; an expansion into music of a seemingly unplayable, quasi-symphonic scope and scale.