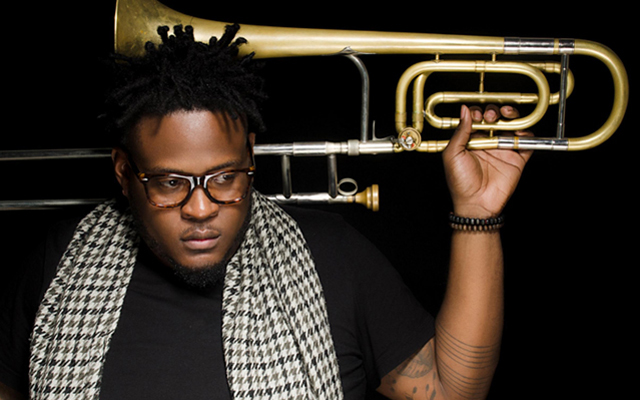 A fierce energy leaps out at you when you put on Matthew Hartnett’s debut CD Southern Comfort. It’s an immensely exciting start to a recording that has you on the edge of your seat. Primary colours abound in the orchestral texture and the faster, funkier sections keep the music on a tight rein, with rhythms and phrasing precise and alert. It’s quite a shock to hear this music (the only part is that the spirituals are familiar) move seamlessly between funk and spirituals on an almost balletic fashion, a tempest that foreshadows the swinging music that is to come. 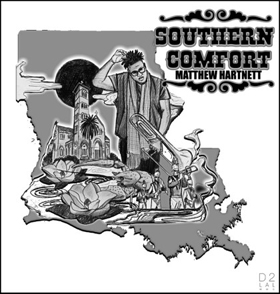 The music feels episodic in nature. This is not a bad thing at all as you wouldn’t want each song to end just as you’d never want the music to stop when you are dancing. And yet the 10 shortish sections, if you like – although each is a complete song in itself, the vibe is so hot that its energy continues long after the last notes have died – even as each song has a beginning and an end. Exceptions (length and dénouement) are I Surrender All and Glory Glory Hallelujah. It is no surprise that these masterfully crafted versions for the trombone come from a musician – Hartnett – who has been deeply influenced by the Southern Church. But there is more: this repertoire feels also as if it comes to you from a well-oiled Second Line in New Orleans. And that has its own special beauty and mesmerising attraction. Consider New Sunlight Lake Charles (NCLS) to get a feel for Hartnett’s Southern sensibility. (For the record, read his affinity for Texas as an umbilical connection to the Blues).

The performance is made all the more memorable for the inclusion of what Hartnett refers to as #TeamHornSection who are a five-piece brass and wind section that will make such an impression on you that you will be surprised you never heard of them before. This equates to an expansion of a group that is already excellent, but with the addition of the ensemble gets the surge of a turbo-charged boost.

The transparency of texture and JB-horns-like groove keeps the music moving so that you can easily imagine it being danced. That’s the hallmark of the whole Southern Ballet; playing that’s subtle and individual – ‘chamber music’ on a large scale – and a high level of listening inform the performance. Capture all that in a recording that gives space to the sound, but not too much clouding resonance, and you have a winner. What’s next for Matthew Hartnett, a sublimely talented trombonist and musician? Time will tell, I suppose, but you can bet your bottom dollar that it will fill you with surprise and joy.